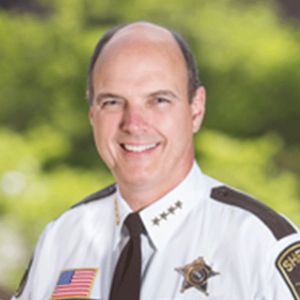 Richard Stanek joined Fight Crime: Invest in Kids in 2003. He served three terms as the Sheriff of Hennepin County, Minnesota. Before being elected in 2007, Stanek built a career in public service both through law enforcement and as a state legislator. Stanek served as an Officer in the Minneapolis Police Department from 1986 to 2006, and was elected as a member of the Minnesota House of Representatives from 1995 to 2003. In 2003, he was appointed Commissioner of Public Safety and Director of Homeland Security for Minnesota.

Sheriff Stanek is committed to public safety and helping at-risk kids both locally and nationally. At home, he founded the Hennepin County Sheriff Foundation to provide programs for disadvantaged youth and to connect them with positive role models. He is on the board of directors for the Nationals Sheriffs’ Association and is the past president of the Major Counties Sheriffs’ Association.