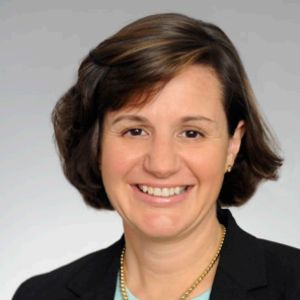 Sally McCrady is executive vice president and director of Community Affairs for PNC Bank, and serves as chair and president of the PNC Foundation.

In this role, McCrady works with PNC’s businesses and regional presidents in establishing the strategy to position PNC as a leader in the community. She directs the company’s philanthropic programs, including PNC Grow Up Great®, a $500 million, multi-year, bilingual initiative that began in 2004 to support quality early childhood education.

Prior to being named to her current position in April 2015, she was senior vice president and deputy executive director for PNC Grow Up Great where she managed the four main components of the program: advocacy, grants, awareness and volunteerism.

McCrady joined PNC in 1997 as an analyst in Marketing Research. In 1999, she moved to the Compliance department where she managed the corporation’s Fair Lending Program. She was named deputy executive director for PNC Grow Up Great in 2004 and senior vice president in March 2013.

She serves on the board of the NSABP Foundation and the Allegheny County Parks Foundation, and is a member of the board of trustees of the Pittsburgh Cultural Trust. McCrady is a past board member of the Pittsburgh Association for the Education of Young Children and the Carriage House Children’s Center. In 2019, McCrady received the American Banker Community Impact award and was honored by the Girl Scouts of Western Pennsylvania with the Women of Distinction award for business and finance. In 2016, McCrady was named one of the 50 Most Powerful Women in U.S. Philanthropy by Inside Philanthropy.