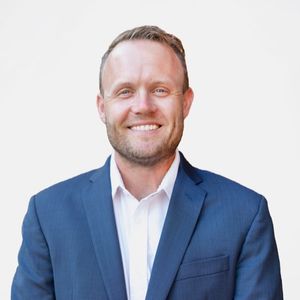 Wade Broyles serves as the Regional Vice President of Oracle Cloud Infrastructure. He has had a very successful career in technology spanning over a decade. As Regional Vice President, Wade oversees the development, adoption, and rapid scale of Oracle’s Hyperscaled Cloud Platform sales across 21 states. Wade leads a team of dynamic professionals specializing in vertically integrated Infrastructure and Platform offerings.

Before his career in technology, Wade had a career in athletics. Drafted in the 2010 Major League Baseball draft by the Tampa Bay Rays, he was able to accomplish a lifelong goal. Before Tampa Bay, Wade was named a 2010 1st Team All-American and 1st Team All-Conference for Belhaven University. It was here that he helped lead Belhaven to the school’s first World Series Appearance. From 2006-2009, Wade was a part of Ole Miss Baseball’s SEC West Champion team, 2007 SEC Championship team, and multiple Super Regional runner-up appearances. He is a graduate of Madison Central High School and The University of Mississippi.

Wade’s servant and philanthropic mindset has led him to be involved with many organizations. He currently serves as a member on Oracle’s Diversity and Inclusion board, Madison Youth Baseball board, and Broadmoor Baptist Church Sunday morning welcome committee. He is a past board member of the Oracle Education Foundation, MS Special Olympics, and Madison County Chamber of Commerce.

Wade is a native of Madison, MS where he currently lives with his wife, Lauren, and their 2 children. He and his family are actively involved members of Broadmoor Baptist Church.