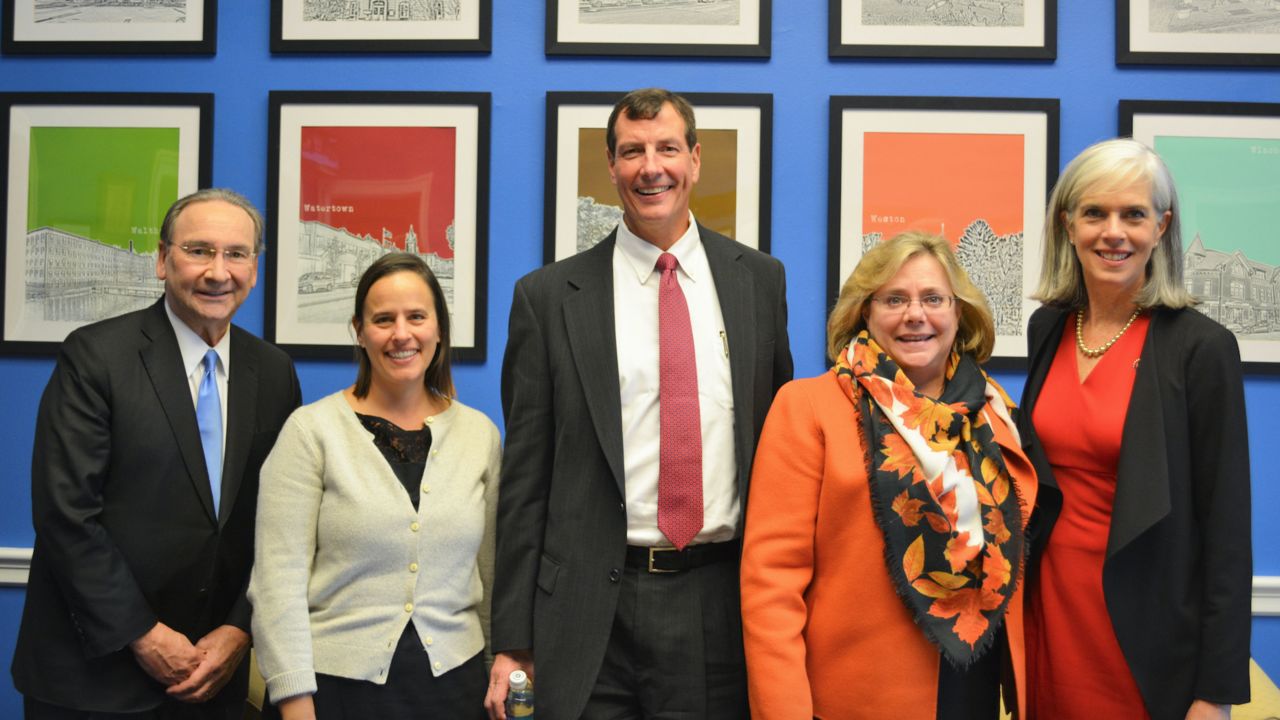 The massive toll on our economy caused by the devastating infant-and-toddler child care crisis amounts to an astounding $57 billion per year in lost earnings, reduced productivity, and diminished tax revenue.

That figure, and the underlying damage the child care crisis deals to working families across the country, has the attention of both the business community and policymakers.

That was the backdrop for a roundtable discussion on Capitol Hill Wednesday. The discussion, entitled “Employer Perspectives in Solving the Child Care Crisis,” convened business leaders and policymakers and their staff to explore private-sector innovation and bipartisan policy ideas to increase access, affordability, and quality of child care.

The national, bipartisan business-leader organization ReadyNation organized the roundtable, which comes on the heels of a recent ReadyNation report detailing the immense economic harm done by the crisis.

Jack McBride emphasized the harmful effects on businesses and individual workers’ careers caused by the child care crisis. He noted, “From a workforce point of view, when parents do not have reliable, affordable quality child care, their work suffers, their productivity plummets, and they have difficulty advancing in their careers.”

McBride also noted that the crisis is so impactful on infants and toddlers for two key reasons. First, he said, “child care for children under three is typically the hardest to find and the most expensive.” Beyond that, “age zero to three is a unique time of rapid brain development, with children forming millions of neural connections every second within the first few months and years of their lives.”

In addition, as the ReadyNation report stated, there are 14 million parents with children under age three and 78 percent of them – or 11 million – are working.

McBride went on to highlight how impactful the crisis is on the workforce pipeline. “We need more workers. [Child care] is a big issue for us,” he said. “Manufacturing is coming back to the U.S., but we need to raise children who get to school ready to learn in order to be able to fill those jobs.“

Sheryl Shushan spoke about her own experiences as a former pre-school teacher in detailing the importance of access to quality child care. She said she carried those lessons with her in her career as an executive at Patagonia, noting “Access to child care where our employees live and work is a priority.”

Shushan zeroed in on the scarcity of child care, pointing out that “employees in rural areas are not alone in encountering, what is often called ‘child care deserts,’ where there simply are not enough quality child care providers.”

“I think we should look at ways the federal government can incentivize states to invest in quality child care options in the location they are needed - especially in rural areas,” she added. Shushan also called for Congress to explore how to expand child care operating hours, and how they can encourage businesses to partner with public programs – maybe through the tax code, or CCDBG emphasis for states to increase access to quality child care in underserved areas and at times when the working families need it.

Nancy Huntington Stager highlighted how crucial quality is in the child-care context, a point that has only been underscored in her role as Chief Human Resources Officer at Eastern Bank. “In Massachusetts where I live and work, state and federal investments have focused on rigorous licensing practices for home care providers as well as offering a free on-line training for providers,” she noted, explaining how quality has been elevated.

Stager emphasized that “quality child care must be our focus,” adding that “quality child care is absolutely vital to developing the workforce that will lead our nation forward.” She went on to explain that “the pipeline to a successful workforce depends on children of all backgrounds having the academic and social-emotional skills that are vital to this economy. The worker qualities that every career will need – team work, empathy, resiliency – are shaped by quality educational experiences early in life.”

"The child care crisis is the next battle in the ‘War on Talent,’” she explained. “We need people who can do the kinds of work that we’ll have in the future. That means needing a stronger start and kindergarten-readiness.”

Finally, Billy Canary explained that his work with the U.S. Chamber of Commerce had helped make him understand just how widespread the need for affordable, quality child care was among the nation’s working parents.

Canary drew attention to the multi-generational aspect of the child care crisis, stating that “In addition to the current economic drain, the child care crisis will have a negative effect on our future economy.” Canary explained that smart investments in quality child care today pay off down the road, when children enter school ready to succeed. That early preparation helps them to be more likely to stay on track academically, graduate from high school on time, pursue higher education and career training, and be more productive workers, contributing to tomorrow’s economy.

“High-quality child care is absolutely vital to developing the workforce that will lead our nation forward,” Canary said. “When kids are safe, engaged and learning, their parents are happier, more able to be productive at their jobs, less likely to miss work, and able to invest in advancing their careers.”

Representatives Clark and Marshall are strong supporters of bipartisan action on the child care crisis. Rep. Clark met with ReadyNation leaders, and Rep. Marshall attended and participated in the entire event, offering remarks as well.

“Too many Kansas families cannot access safe, affordable child-care opportunities, creating a ripple effect of parents dropping out of the workforce and stunting the economic growth of our communities,” said Rep. Marshall. “Ensuring parents have options for safe, affordable child care will not only help families thrive, but will allow local economies to retain and employ more qualified employees.”

See below for a selection of photos from the event