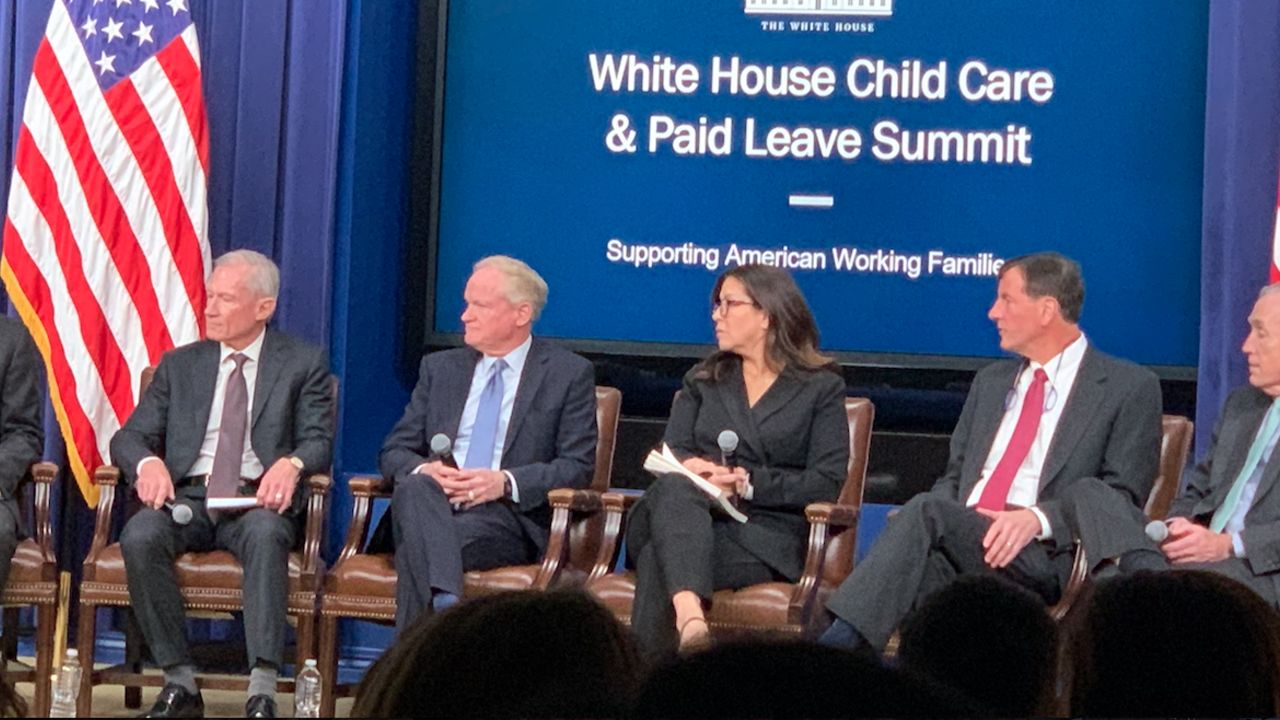 A panel of business leaders continued to draw attention to the devastating child care crisis, underscoring the need for bipartisan solutions that will help working families find affordable, high-quality care.

That was the top-line message from a discussion at the White House Summit on Child Care and Paid Leave: Supporting America’s Working Families event on Thursday. The Summit convened leaders from across the country, including governors, members of the Senate and the House of Representatives, and private-sector business leaders.

The business leaders highlighted the impact of a lack of affordable, high-quality child care for working parents, building on the recent, staggering research report showing that the infant-and-toddler child care crisis costs our economy an astounding $57 billion per year due to reduced worker productivity, lost earnings, and diminished tax revenue.

That figure, and the underlying damage the child care crisis deals to working families across the country, has the attention of both the business community and the White House.

At the Summit, the leaders pointed out that child care in the United States is often simply not of high enough quality, too expensive, and too scarce. They also noted that child care options in a given location, or at a particular company, are becoming increasingly important for businesses to attract and retain talent, especially in a tight labor market.

Jack Brennan drew upon his experience as a member of the Pennsylvania Early Learning Investment Commission, and his experience on the ReadyNation CEO Task Force, in adding his voice to the panel. He and other business leaders have worked with Congress on the historic near-doubling of CCDBG investments in recent years, which helps lower-income working parents with child care costs.

“I have the privilege of co-chairing a CEO Task Force with ReadyNation around this issue. We’ve been at this for 10 or 12 years and this is the best momentum we’ve seen, Mr. Secretary, over that period of time,” Brennan said.

“It’s the federal government now talking about it in a bipartisan way. It’s a critical issue, it’s a short term issue–absenteeism and other things in the workplace. But it’s [also] a long term issue if we want to be globally competitive. We started as a company with 13 people and now it’s 17,000 around the world.”

Speaking as a successful small-business owner in South Carolina, Jack McBride talked about the effects that child care concerns have on his employees, both in terms of their day-to-day lives and in his company’s ability to attract, hire, and retain good workers.

“They need to have quality child care that is going to engage children and teach them and get them ready to learn by the time they get to [kindergarten].”

Jim Sorenson leaned on his immense experience as an entrepreneur and innovator, touting Social Impact Financing, which is a performance-based model that brings private financing into social programs while maintaining strong accountability standards. He also touched on his personal story, saying “I’m here as a father, as a grandfather. [I’m] very concerned as a father and a grandfather about the next generation. I can think of no better ultimate return [in that regard] than investing in the next generation. And that’s in child care, it’s in early childhood education, and in those very formative years when the brain is developing and children are going to establishing patterns and ways that will affect them the rest of their lives.”

He added that investments in high-quality early childhood programs have a tangible impact on business and the economy, remarking that, “As an entrepreneur and business owner, I know how important this [investment] is for the workforce. Being able to have a workforce that is confident to be able to take care of their family and have the resources to do that is really important today. I think these are really important issues and a great opportunity for the public sector and business to lead out in helping to solve.”

Barry Downing emphasized that employers have a vested interest in fighting the child care crisis and promoting the broad, multifaceted benefits of high-quality early childhood programs. “Early education issues are impacting our ability to run successful businesses and maintain quality of life in our communities,“ he said. "If we are to compete successfully in the global economy, build better communities, we have to do that and address the current crisis in child care, because it is truly a crisis at the moment.” he said.

Downing underscored the point that it’s essential to make sure that child care is of high quality, and that such care helps build the pipeline to a successful workforce for children of all backgrounds. He also noted that high-quality infant-and-toddler child care can be so critical because it comes at a time of unprecedented brain development for the child.

“It’s too expensive to change this huge problem [later in life],” Downing said. “We’re all for early education and child care, and for a solution that is flexible and fits everyone.”

A video of the entire event may be found below. There is also a selection of pictures from the event below the video. In the video, the private-sector panel begins at the two-hour, eight-minute mark.