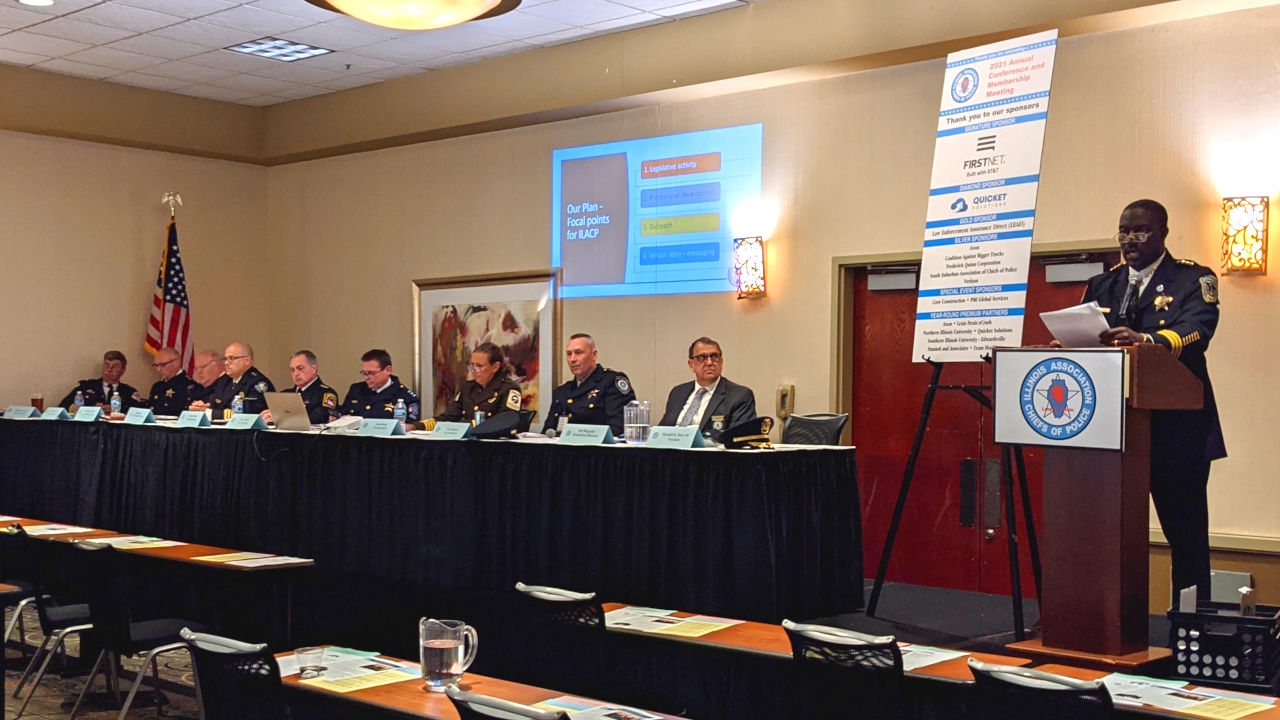 “I have a personal stake in this,” Hazel Crest Police Chief Mitchell Davis told a recent meeting of Illinois police chiefs as he announced a resolution honoring the 25th anniversary of Fight Crime: Invest in Kids.

The resolution, passed by the Executive Board of the Illinois Association of Chiefs of Police (ILACP) last month, applauds Fight Crime: Invest in Kids’ support for early childhood education and other “policies that protect public safety through smart investments in children and families.” Chief Davis – the Association’s President and a member of the Fight Crime: Invest in Kids National Leadership Council – noted that he himself is the product of a Head Start program. He credits that federal early childhood program with helping to provide him with a strong start in life. It is the same kind of foundation, he told the assembled chiefs, that he wants to help today’s children develop through good early childhood programs and services.

Chief Mitchell Davis, President of @ILPoliceChiefs, holds a just-passed resolution that congratulates Fight Crime on our 25th anniversary & “lasting contributions towards a safer, more prosperous future for children and families in Illinois & throughout the nation.” #FightCrime25 pic.twitter.com/nntpkTgzUZ

The Illinois chiefs’ resolution also states that ILACP and Fight Crime: Invest in Kids “have forged a close partnership over decades to support programs that place children on a path to successful lives.” The story of that remarkable partnership was captured in an article in the November 2020 issue of COMMAND, the association’s magazine. 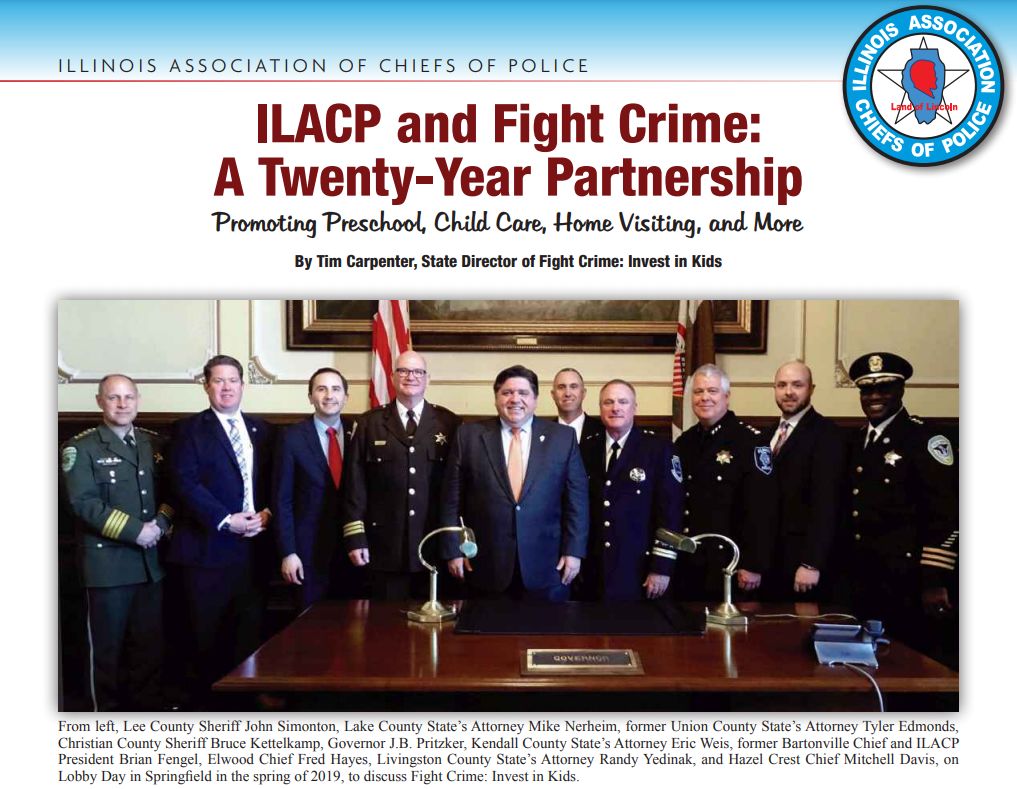 We thank Chief Davis and the chiefs’ association for their impressive, longstanding support. Together, over the next 25 years, we will continue to make, as the resolution states, “lasting contributions towards a safer, more prosperous future for children and families in Illinois and throughout the nation.”

(Photo at top: Hazel Crest Police Chief Mitchell Davis announces a resolution in honor of Fight Crime: Invest in Kids at the annual conference of the Illinois Association of Chiefs of Police in Tinley Park, IL.)