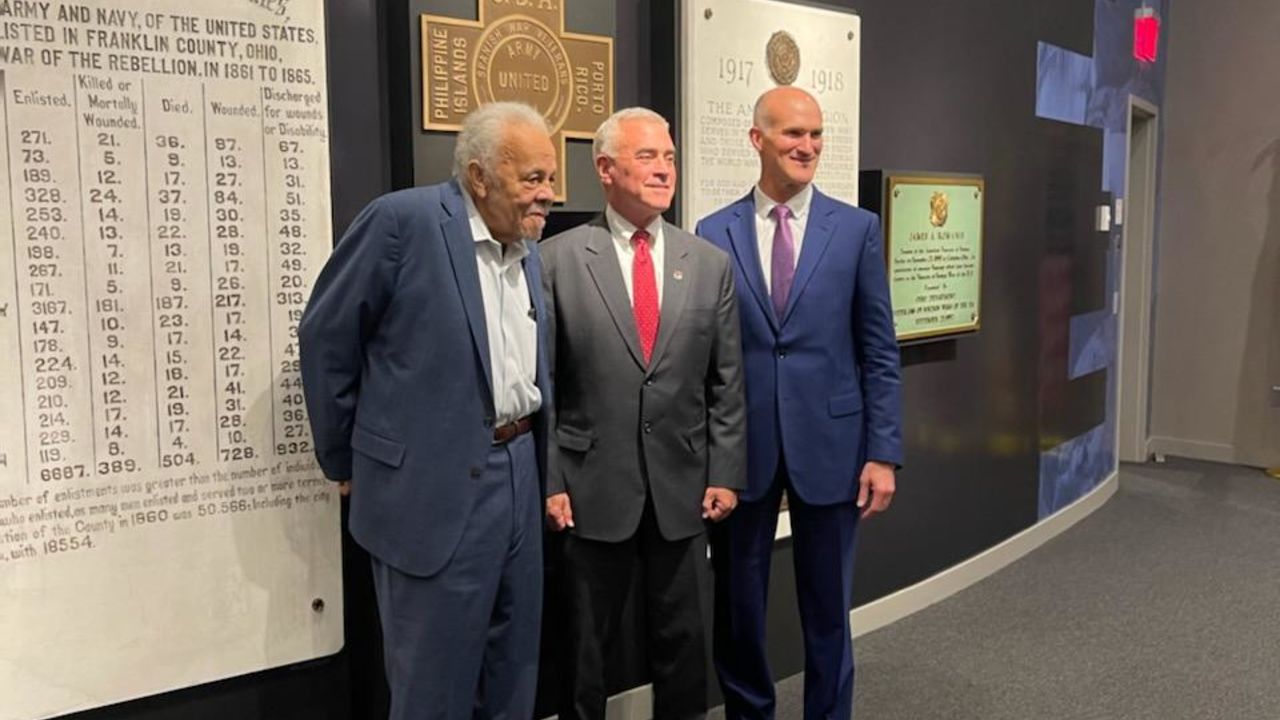 Tuesday, October 4th— Mission: Readiness Ohio held a meeting with Congressman Brad Wenstrup (R-OH 2nd District) to discuss new data showing that 77 percent of young adults ages 17 to 24 are ineligible for military service and how to reverse this trend. Wenstrup and Dillard, who are both medical doctors, engaged in a long dialogue around nutrition and physical fitness.

Colonel William Butler, Chief of Staff National Veterans Memorial, U.S. Army (Ret) opened with the daunting new statistic stating that 77 percent of young adults ages 17 to 24 are ineligible for military service. Click here to learn more about the statistic and view the new Mission: Readiness factsheet. Col. Butler went on to share that the U.S. Army fell 15,000 recruits short of its annual goal for the first time in history. He also noted that businesses, institutes of higher education, and the military are all vying for the same small pool of individuals.

Three of the main factors of ineligibility for military service for individuals are not being academically prepared, obesity, or proof of a criminal record and drug abuse.

Brigadier General Charles O. Dillard, MD, U.S. Army (Ret.) went on to discuss the impacts of malnutrition. Specifically, Gen. Dillard highlighted malnutrition manifesting as obesity, which poses a threat not only to our nation’s health, but to our national security. Studies show that obesity rates have jumped from 17 percent in 2009-2010 to 22 percent, post-pandemic. With an increase in youth being ineligible for military service, it is more important than ever for policymakers, including state and local school boards, to promote healthy eating, increased access to fresh and nutritious foods, and physical activity for children from an early age.

Next up, Chris Berardi, Deputy Director for Federal Policy for Mission: Readiness discussed tax credits. He stated that there is a link connecting poverty, low educational attainment, and crime. Reducing child poverty will ensure that more children will be placed on the path to successful adulthood and away from crime. Research has shown that policies that lift children and families out of poverty, such as the Child Tax Credit (CTC) and Earned Income Tax Credit (EITC), can lead to improved school performance, increased educational attainment, fewer risky behaviors, and less crime. The changes to the Child Tax Credit that were passed by Congress in 2021 were projected to lift 4.1 million more children above the poverty line, which would cut the number of children in poverty by 35 to 45 percent.

Berardi also noted that Child Tax Credit has a long history of bipartisan support and is a proven tool for reducing poverty and leading kids away from crime and toward success. He expressed his hope that Congress can take bipartisan action to expand access to the Child Tax Credit, which will lift more kids out of poverty and help set them up for success.

Council for a Strong America and Mission: Readiness thank Congressman Wenstrup for his support, including his support of the Maternal Infant and Early Childhood Home Visiting program (MIECHV), which was just passed out of committee.

Mission: Readiness is committed to strengthening national security by ensuring kids stay in school, stay fit, and stay out of trouble. We recognize that the strength of our country depends on a strong military. Since 2009, Mission: Readiness has championed evidence-based, bipartisan state and federal public policy solutions that are proven to prepare our youth for life and to be able to serve their nation in any way they choose.