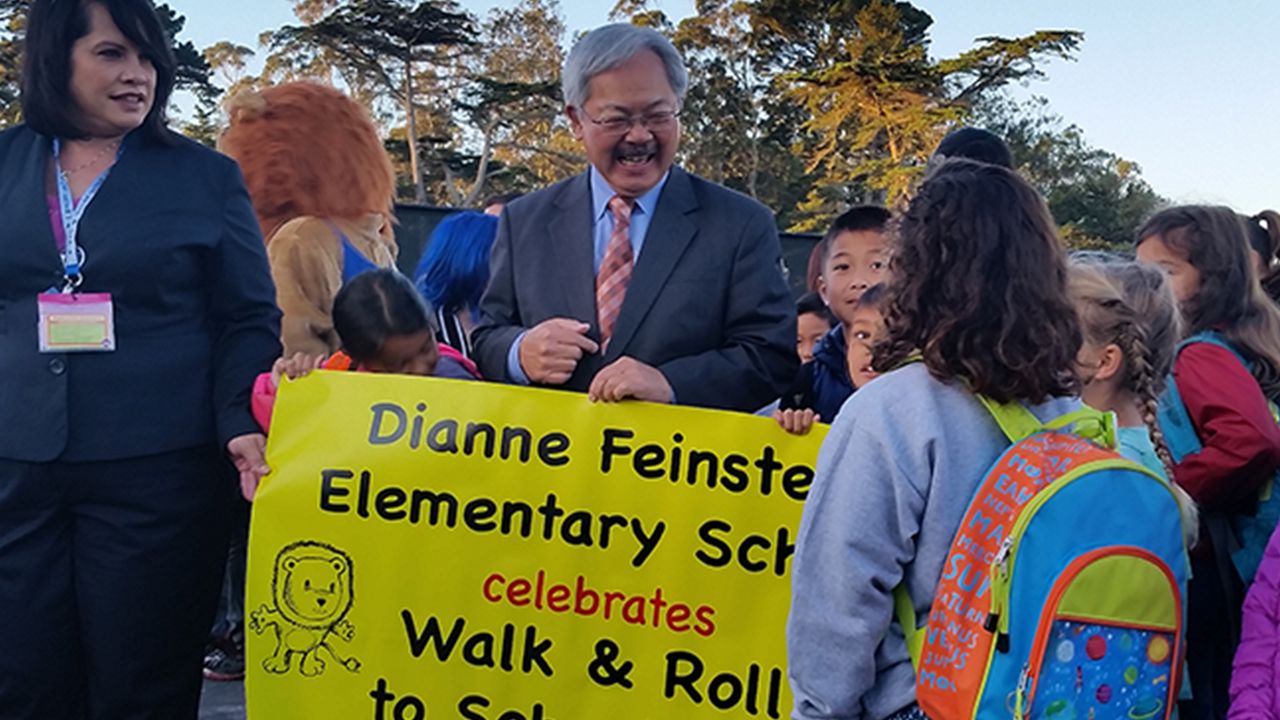 Mission: Readiness supports a local school event that underscores the importance of children being active and staying healthy by walking to school

October 5 is National Walk to School Day. This year, in San Francisco, an event was organized by Walk SF, a pedestrian advocacy group that works to make San Francisco a more livable, walkable city. At Dianne Feinstein Elementary School in San Francisco’s Sunset District, students showed up at the crack of dawn to participate in Walk and Roll to School Day. Mission: Readiness, along with volunteers from other nonprofits and local organizations, showed up to show support.

First, students and parents met at Parkside Square and made pedestrian signs that they then held up to cars while crossing the street. Kids were also equipped with radar guns—tracking the speed from passing cars and signaling drivers to slow down.

Ed Lee, the Mayor of San Francisco was there, and took photos with the students, signed autographs, and led the group in walking the few blocks from the park to the school. While on the school grounds, Mayor Lee addressed the elementary students, parents, teachers, and school administrators. San Francisco Recreation and Park General Manager Phil Ginsberg was also in attendance, as well as District 4 Supervisor Katie Tang. All of the speakers underscored the importance of keeping San Francisco’s roads safe and speeds low, so that kids can safely walk or bike to school. Additionally, students were encouraged to stay active and healthy by walking or biking to school as an alternative to being dropped off or bussed—which Mission: Readiness heartily supports.