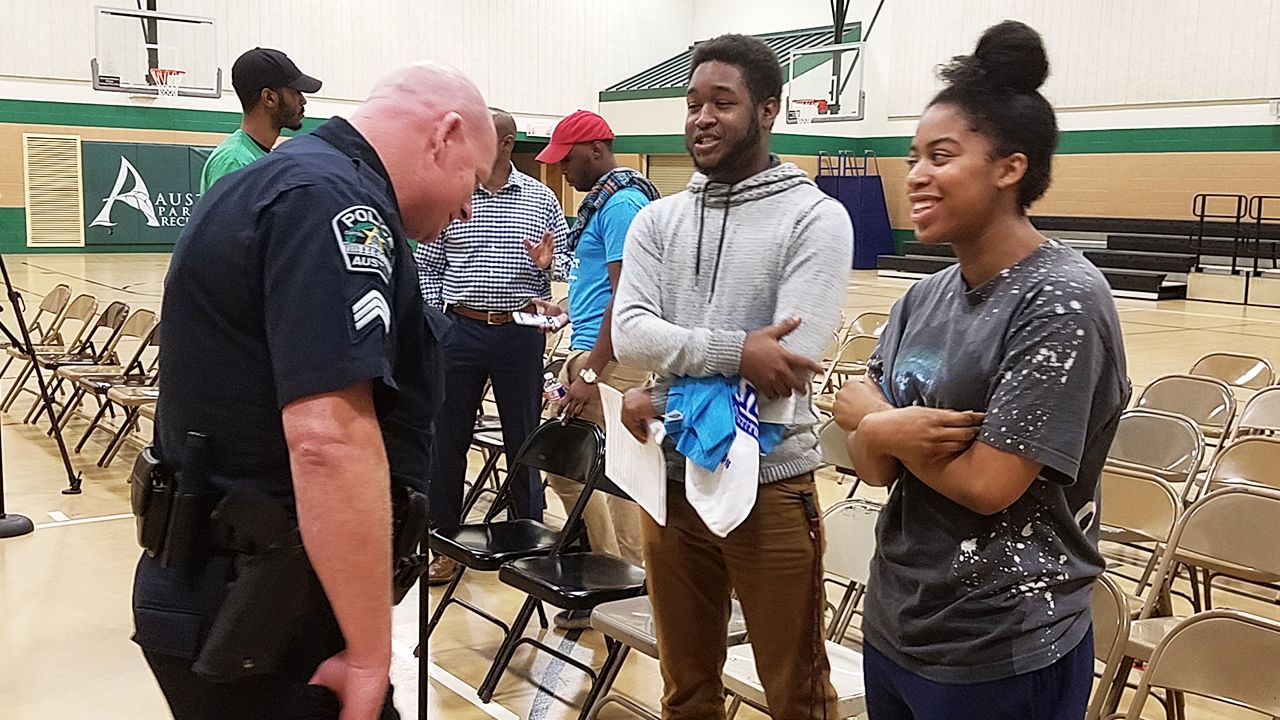 The Fight Crime: Invest in Kids Police Training Institute (PTI) is working with law enforcement and youth to bridge the gap between police and the communities they serve. Since 2016, PTI has hosted Town Hall meetings in Orlando, Austin, Fresno and San Bernardino to learn from youth and law enforcement on current issues affecting the relationship between the two groups. The goal was to provide a safe environment for open communication, while simultaneously providing the PTI team with essential information to customize training for the local agencies and the communities they serve, to help transform police and youth interactions.

I don’t want the first time that you talk with me to be because you called 911.

During the Austin town hall, a law enforcement leader stated, “I don’t want the first time that you talk with me to be because you called 911 … the first time you talk to me should be because I saw you outside playing basketball and I came by to talk with you about how your day was at school or work.”

The Commander went on to express how officers should be able to engage with the community through community policing, but stated, “unfortunately, here in Austin, we’re short a lot of officers. So, the officers that patrol your neighborhood every day don’t have a lot of extra time to spend out with the community, because they spend their time running from one 911 call to another.”

In Fresno, a young person told a story about being approached by an officer while walking down the street. The officer asked, “What gang are you in?” because he was wearing a red jacket. He pointed out this was the wrong way to start a conversation.

An officer criticized in the past by students for perceived negative behavior revealed personal struggles with balancing kindness with “doing his job” to keep schools safe. He said, “We give kids clothes, food… because we want to help kids succeed. But one time when I broke up a fight, I was on the ground wrestling one of the fighters off the other, and a kid came and kicked me in the eye, fracturing my eye socket, almost ending my career.” 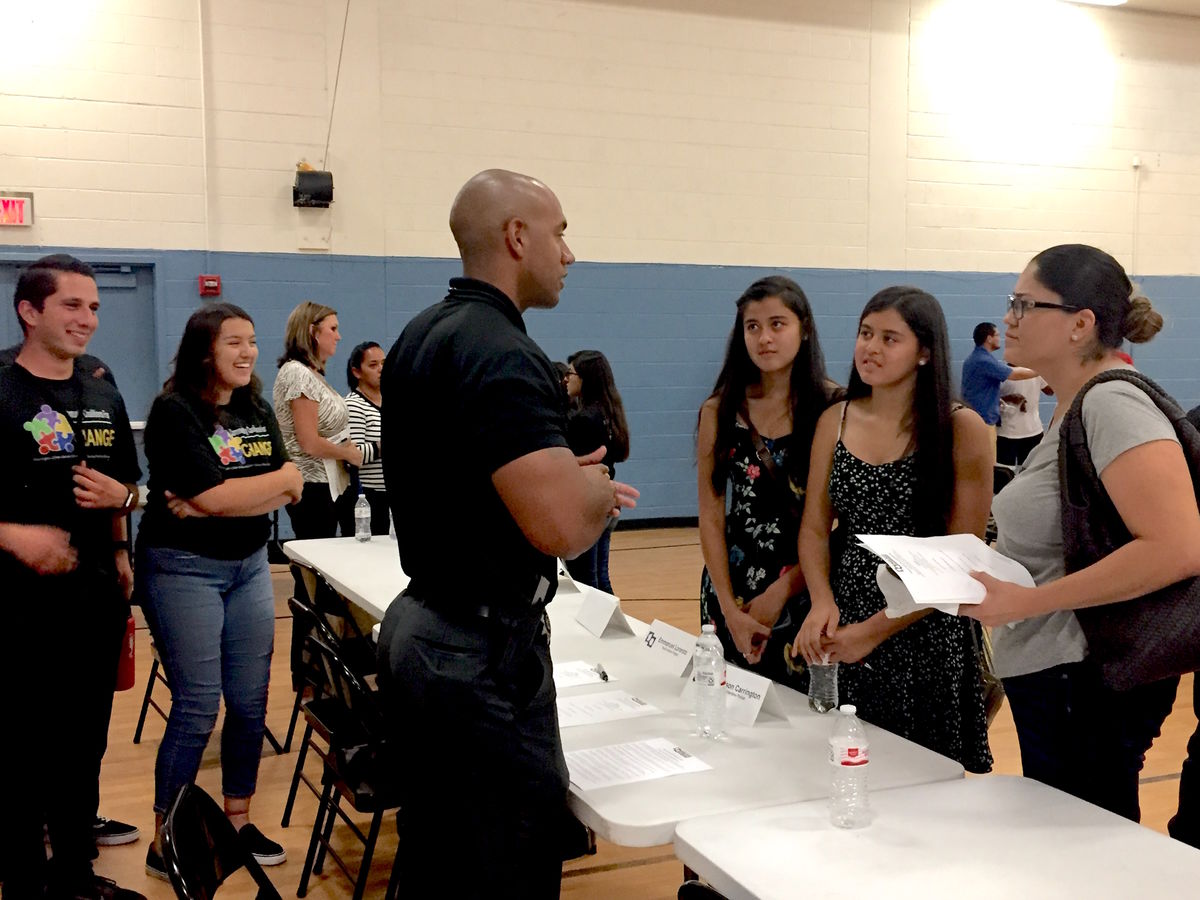 A community member advised everyone in one town hall to “break the code.” Young people to break the “bro code” that keeps them from speaking up and resisting when friends are doing bad things and police officers to break the “blue code” when their officers are acting badly or abusing their power.

The Police Training Institute relies not only on law enforcement members, but also community leaders, community groups, and youth partners who help make these police-youth interactions unique and meaningful.