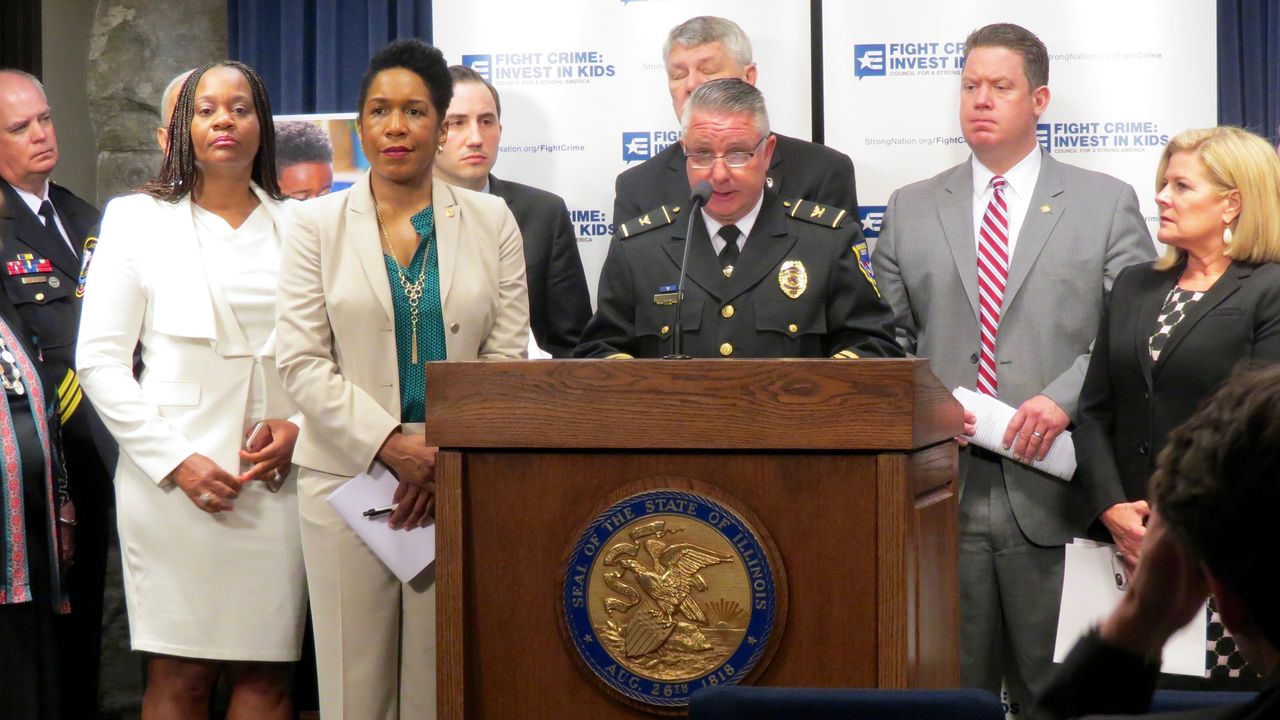 “John” was going to get kicked out of his preschool class.

The three-year-old had trouble sitting with the other children. He was disruptive. He was defiant. He would dash from the classroom. His teachers could see no other solution than removing him — permanently — from the program.

As proponents of the crime-prevention benefits of early childhood education, Fight Crime: Invest in Kids members hailed the May 19th passage of legislation in the Illinois General Assembly that would significantly reduce childcare and preschool suspension and expulsion.

Troubled kids are the ones who can most benefit from high-quality preschool and child care programs.

“We urge Governor Rauner to sign this measure into law,” said Lake County State’s Attorney Mike Nerheim in a Fight Crime: Invest in Kids statement to the media. “Troubled kids are the ones who can most benefit from high-quality preschool and child care programs. We want to see teachers and providers get the necessary supports to address the needs of these kids, so that we don’t see them entering the criminal justice system as teens or adults.”

The bill — HB2663 — passed the Senate unanimously, and had already passed the House by a vote of 95-20, reflecting broad bipartisan support in both chambers.

“For those of us in law enforcement who have seen the benefits of preschool,” said Morgan County Sheriff Randy Duvendack at a Springfield news conference last month, “it is a little shocking to read news reports of kids, 3 and 4 years old, who are denied the incredible benefits of early education because they are suspended or even expelled from their preschool or their childcare setting.”

Under the legislation, state-funded early childhood education providers would develop an intervention plan for troubled kids that, where appropriate, would include consultation with an infant or early childhood mental health professional.

It was such a mental health consultant that was able to help “John” and his teachers.

Lauren Wiley, an Illinois-based consultant, was brought in to observe John’s classroom. Lauren has seen first-hand the negative repercussions that can come from early childhood expulsions.

“When you expel a kid or dis-enroll a kid from a program,” she said in the Fight Crime report, “it has a profound impact on how other people look at that child, including the parents. That can have a devastating effect on the trajectory of that child.”

Lauren quickly realized that John suffered from anxiety and had serious sensory issues. Working with the teachers and parents, she was able to suggest a “sensory diet” for John — such as giving him the option of sitting slightly apart from the rest of the group — and to bring in an occupational therapist to work with him.

John’s behavior improved. The teachers’ stress was reduced. The learning environment enhanced for all the children in the class. And John was able to remain in his preschool classroom.

The suspension and expulsion prevention legislation currently awaiting Governor Rauner’s signature promises better outcomes for preschoolers like John, across the state of the Illinois.