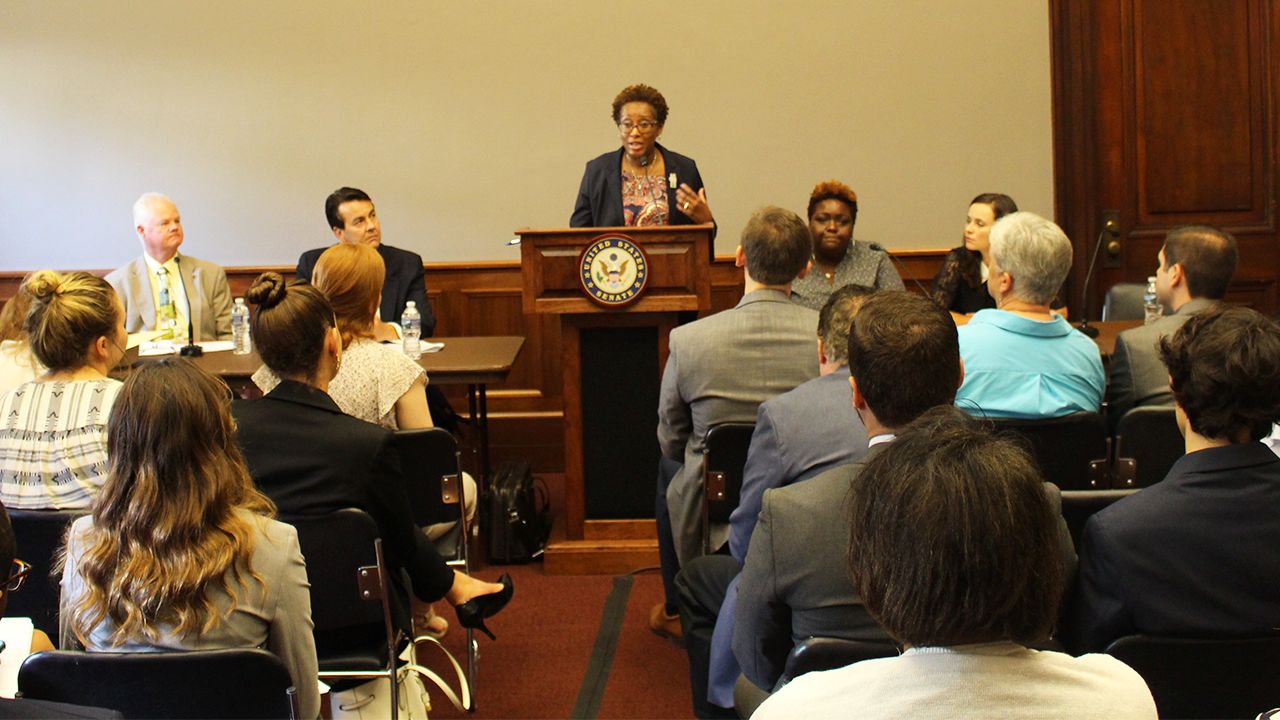 Members Make the Case for MIECHV on Capitol Hill

Sasha Cohen, Jim Spurlino, and Sheriff Dennis Wilson participated in a briefing and met with members of Congress to discuss the importance of home visiting

Members from three Council for a Strong America organizations, partnering with Parents as Teachers (PAT), made a powerful case for the critical importance of home visiting during a July 18th briefing and meetings on Capitol Hill.

MIECHV funding supports voluntary home visiting programs across the country. These programs provide at-risk parents and their children visits from a nurse or other trained professional starting in pregnancy through the first two to three years of the child’s life. The home visitors coach parents through stressful parenting situations and help them promote positive health and learning outcomes for their children.

MIECHV helps at-risk parents and their children by funding voluntary, in-home training by qualified professionals. These professionals teach new and expecting parents how to safely care for their children, which helps create better outcomes for both parent and child.

Unfortunately, MIECHV is set to expire at the end of September, which is what drew the members to Capitol Hill to discuss the benefits of home-visiting in terms of education, crime prevention, and health.

Cohen, a member of Champions for America’s Future who won her silver medal at the 2006 Winter Olympics, spoke on a morning panel alongside Limestone County (TX) Sheriff Dennis Wilson (Fight Crime: Invest in Kids) and business leader Jim Spurlino (ReadyNation). During the briefing, Cohen discussed the role that coaching played in preparing her for success in her career, and how it can help at-risk parents at a critical time in their lives. Sheriff Wilson and Jim Spurlino shared the compelling public safety and business cases for supporting the program, respectively. All of the members drove home the point that MIECHV must be reauthorized before it expires at the end of September.

CSA partnered with PAT, a nonprofit organization that promotes optimal early development, learning, and health of young children by supporting and engaging their parents and caregivers. The event was an important opportunity for our members to reach key lawmakers as the deadline for the reauthorization of this important program rapidly approaches.