Without CHIP and MIECHV, an entire generation of young Americans could lose the opportunity to prosper

As of midnight on September 30, the Children’s Health Insurance Program (CHIP) and the Maternal Infant Early Childhood Home Visiting Act (MIECHV) expired. The expiration and accompanying loss of federal funds creates crippling uncertainty for many states that are not sure if they can deliver critical services to families and kids, and continue to pay the employees that provide them.

The potential impacts of this inaction are devastating.

One out of every ten children in the United States is insured through CHIP, and every state in the country receives funding through MIECHV to help run voluntary home visiting programs on the ground.

Without these programs, an entire generation of young Americans could lose the opportunity to prosper – and time is running out.

Some states are already preparing disenrollment letters for November 1, alerting families that their children will no longer have health insurance under CHIP. The depletion of funding for this historically popular, bipartisan program is a direct result of Congress’ failure to act.

In response, Council for a Strong America’s members have been vigorously engaged. Our members have met with their Members of Congress, issued calls to action, authored op-eds, and released reports outlining the research behind the success of CHIP and MIECHV and calling for reauthorization. 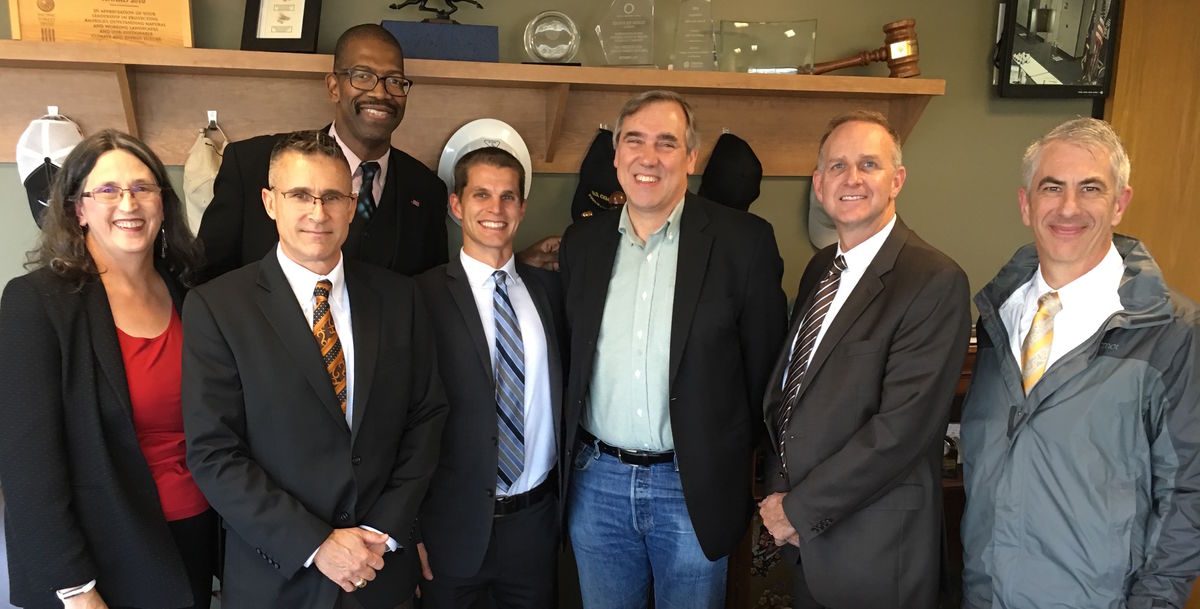 *Oregon members of Fight Crime: Invest in Kids, Champions for America’s Future, and ReadyNation met with Senator Jeff Merkley to urge Congress to renew MIECHV and CHIP.* Their response is gathering steam in their communities. An [Oregon press conference] (http://www.statesmanjournal.com/story/news/2017/10/02/140-000-young-oregonians-affectcongress-fails-reauthorize-programs-more-than-140-000-young-oregonian/724487001/) featuring testimony from three Fight Crime: Invest in Kids members resonated so deeply with the Salem newspaper, their editorial board [published their own follow-up piece] (http://www.statesmanjournal.com/story/opinion/editorials/2017/10/07/tell-congress-communities-benefit-most-family-programs/728060001/) a few days later urging Congress to act.

Members of our Senior Policy Council have also spoken out. Former Governors Christine Todd Whitman (R-NJ) and Brad Henry (D-OK) wrote for The Hill about the success of voluntary home visiting programs in each of their states. In a blog for Forbes, former Senate Majority Leader Bill Frist reiterated the incredible results CHIP has had for working families.

Fortunately, our members aren’t the only ones fighting for critical early childhood programs in this tumultuous political climate. Later this morning, the Bipartisan Policy Center will roll out its own set of recommendations on early childhood. The event will feature remarks from both sides of the aisle, as well as a discussion with former U.S. Senator Rick Santorum (R-PA) and former Congressman George Miller (D-CA). This kind of collaboration amid hyper partisan politics speaks to the power – and research-backed success – early childhood programs have.

Our members will continue to call upon their senators and representatives until these programs are reauthorized. They know that CHIP and MIECHV are essential to ensuring a better and stronger future for our country.