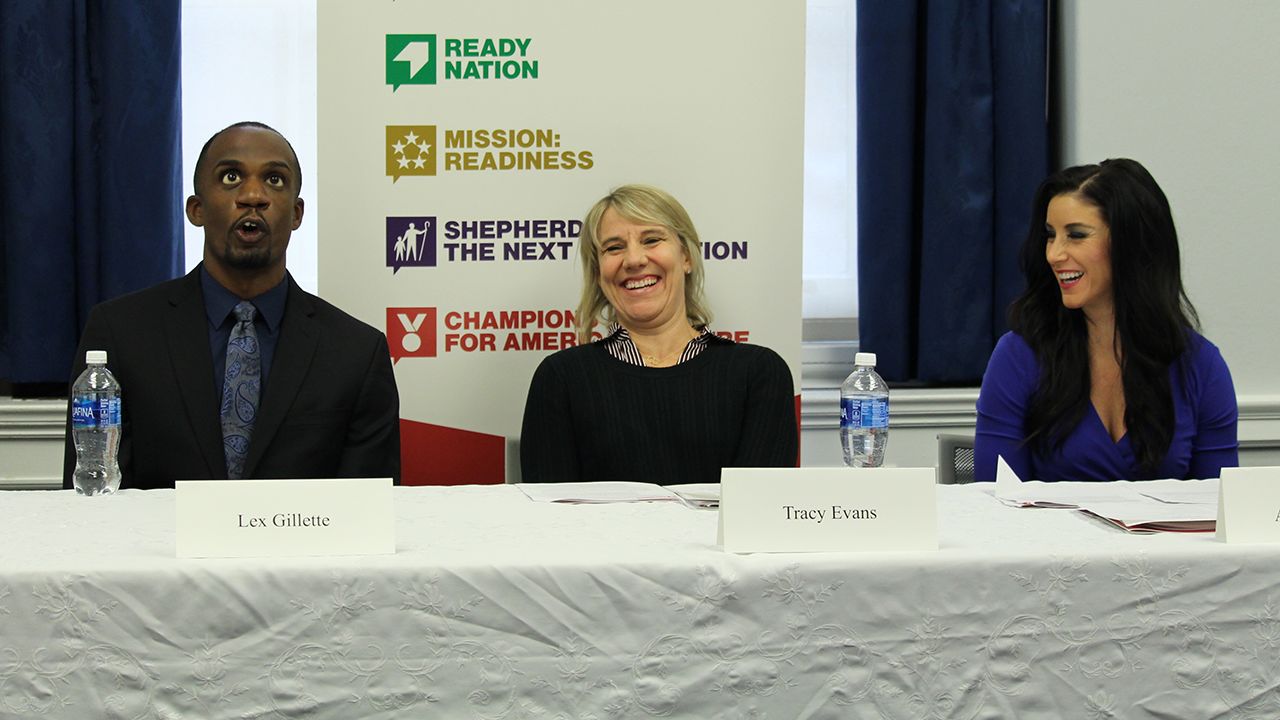 Just weeks before U.S. athletes compete for gold in the 2018 Olympic Winter Games in PyeongChang, five former Olympians and Paralympians from Champion’s for America’s Future held a briefing on Capitol Hill to spotlight the importance of federal investments that help at-risk kids compete in life. The athletes also released a report, Before the Starting Line: Kids Win with High-Quality Early Learning and Care, which urges Congress to prioritize funding for Head Start, the Child Care and Development Block Grant (CCDBG), and Preschool Development Grants.

Moderated by Steve Mesler, Olympic gold medalist in bobsledding, the briefing began with remarks from Representative Joaquin Castro (D-TX), co-chair of the Congressional Pre-K Caucus, who described evidence showing the long-term benefits of early education. Representative David Reichert (R-WA), co-chair of the Congressional Olympic and Paralympic Caucus, then noted the adversity that athletes must overcome to achieve success on the world’s stage, and emphasized the need to provide disadvantaged kids with resources to achieve success in the classroom. 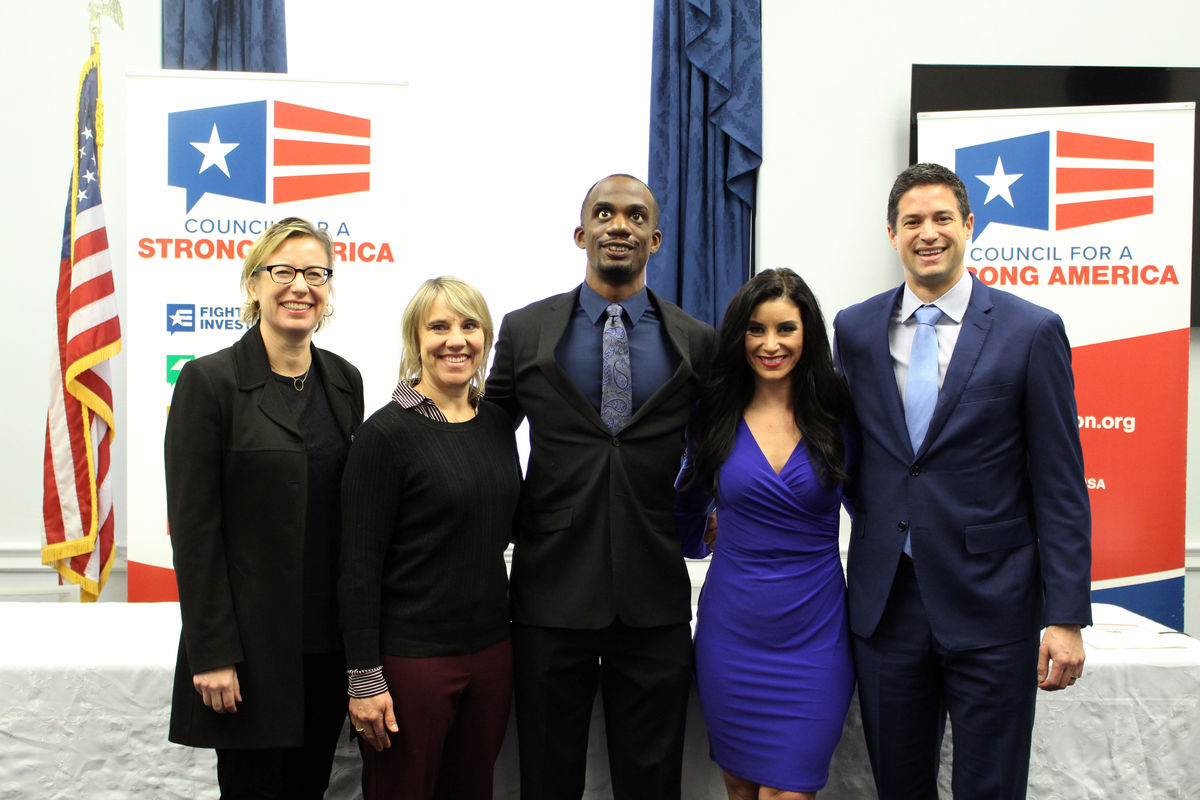 Four-time Olympic luge competitor Cameron Myler elaborated on the importance of a strong start on the ice and in life. Luge athletes compete against the clock on an icy track. Because luge is the only sport that is timed to the thousandth of a second, she said that luge athletes who are even a fraction of a second behind at the starting line are unlikely to win the race.

Myler, the youngest U.S. Women’s National Luge Champion at age 16, also described the support and resources that built a foundation of success in the sport from childhood. Drawing a parallel to the start in the luge event, she explained that kids who lack access to high-quality early learning programs and a strong support network arrive at elementary school already behind. In fact, obstacles to academic success appear early in life: 60 percent of the achievement gap in reading and 70 percent of the achievement gap in math between low-income and higher-income children in high school is already present on the first day of kindergarten.

Lex Gillette, four-time Paralympic silver medalist in the long jump, relayed how the federally funded Head Start program helped him overcome adversity and prepare for success. As a young child, Gillette said Head Start taught him everything from numbers, letters, and colors to ways to build friendships, work collaboratively, and think creatively.

When Gillette lost his sight at age eight, he thought creatively about a sport he could learn and decided to train for the long jump. In the long jump, athletes run down a track and catapult their bodies as far as possible horizontally into a pit of sand. Gillette explained that his safety and success as a totally blind long jump athlete depends on his ability to collaborate with his coach. Specifically, his coach would employ the numbers, colors, and lessons that Gillette learned in Head Start to help him surmount his disability, win multiple medals, and jump more than 22 feet to become the Paralympic world-record holder in the long jump.

Allison Baver, Olympic bronze medalist in speed skating, discussed the role that early learning and care programs play in developing children’s social-emotional skills, which include “executive-functioning skills” like working as a team and practicing self-control. After fracturing her leg during a competition in 2009, Baver relied on social-emotional skills to recover and ultimately work with her teammates to win the bronze medal in the women’s short track speed skating relay just one year later.

Baver emphasized that high-quality early care and education programs help children develop in all areas – social, emotional and behavioral skills, along with essential pre-math and pre-reading skills. Research indicates that children with strong social-emotional skills in kindergarten are more likely to graduate from high school, attain a college degree, and have a full-time job by age 25.

Freestyle aerialist Tracy Evans, a three-time Olympian, echoed Baver’s remarks by stressing the importance of cultivating in kids the three Olympic values of excellence, friendship, and fair play. She said that, although the U.S. placed first in the medal count at the 2016 Summer Olympic Games, American kids place 38th in math and 24th in reading and science internationally. To improve educational outcomes, she called on Congress to prioritize funding for Head Start, CCDBG, and Preschool Development Grants.

Investing now in high-quality early care and education for disadvantaged children will help ensure that they have the opportunity to succeed in school, achieve their full potential, and contribute to the prosperity of our nation – perhaps even as future Olympians and Paralympians.