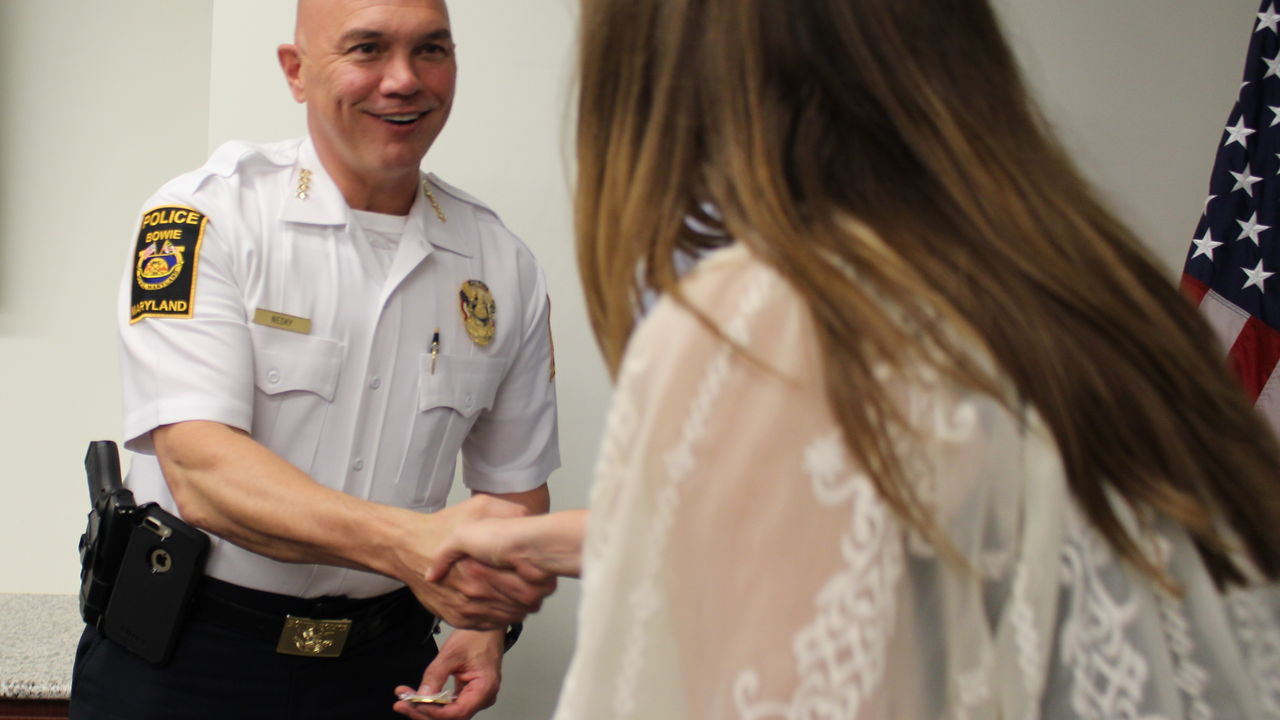 Fight Crime: Invest in Kids member describes his experiences as Chief of Police in Bowie, MD

Bowie Police Chief John Nesky traveled to Washington, D.C. on Monday July 30, 2018 to meet with staff of Council for a Strong America. As an organization, we rely on our members to share their firsthand experiences to broaden our understanding of the issues from another perspective.

For staff members here at Council for a Strong America, hearing the perspective of law enforcement leaders is vital for us to carry out our mission of preparing the next generation for success. With a strong background in law enforcement and his almost 6 years as a Fight Crime: Invest in Kids member, Chief Nesky was able to provide valuable insight into the connection between high quality early childhood education and crime.

Chief Nesky is an 11 year veteran of the Bowie PD with more than two decades of military and civilian law experience. As such, he has been an important part of evolving the police department. He has championed community policing, as well as investments in high-quality early childhood education as long-term crime prevention strategies. As a police chief, community leader, and advocate, Chief Nesky has a large collection of stories that provide insight into patterns around crime and how we can continue reducing it.

One major part of the crime reduction blueprint is community policing. As Chief Nesky explained, his police officers show up to every community event possible in order to get the chance to speak with community members and create positive experiences. One important message that Chief Nesky says he relays to all of his officers is: “Your career is made up of one individual contact at a time. At the end of 20 years, that is what it will be made up of, and those positive changes that you can make in somebody’s life.”

Community policing improves police interaction with their community, but our best opportunity to improve public safety is to keep people from becoming involved in crime in the first place. As Chief Nesky explained, having those safety nets, such as quality early education, can reduce crime and make a community safer. As cited in the I’m the Guy You Pay Later brief, Economists Enrico Moretti and Lance Lochner found that a 10 percentage-point increase in graduation rates—going from 50 percent to 60 percent, for example—reduced murder and assault rates by about 20 percent. Since a child’s essential development starts at the earliest stages of life when his or her brain is the most malleable, and considering the vast majority of a child’s brain development occurs before they enter kindergarten, we know that their experiences and education at these early stages impact the way that they learn and grow into adolescence and adulthood.

Staff were able to ask Chief Nesky questions about his experiences, and one thought-provoking question was, “Do you think it is important for law enforcement to weigh in on topics such as early childhood education. If so, why?” After being posed this question, Chief Nesky highlighted the importance of weighing in on these topics. “Why not do something that is the right thing just because it doesn’t directly affect you? Even if it doesn’t seem like it hits your own backyard, it eventually could.”