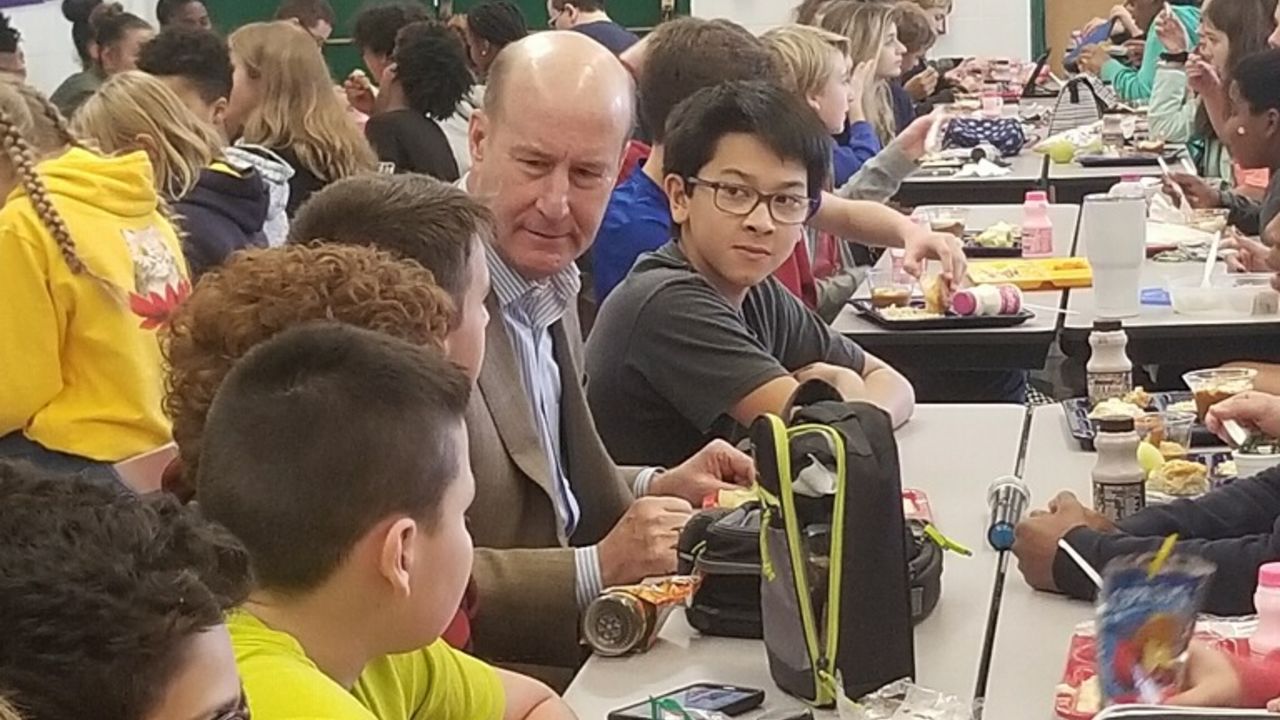 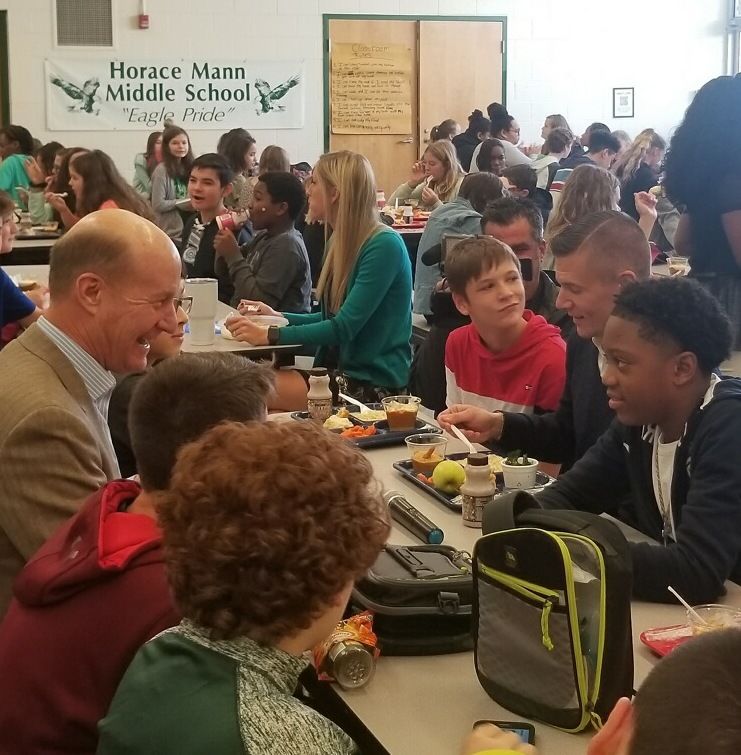 State Senator Ryan Weld (R-Brooke, 01), who is the Senate Majority Whip, Chair of the Senate Military Committee, and an Air Force Reserve Captain, joined General Raaberg for lunch at the school.

Earlier in the day, General Raaberg led an early morning three-mile “Run with the General” at the Southern Obesity Summit, the nation’s largest regional obesity prevention event that was held in Charleston this year. 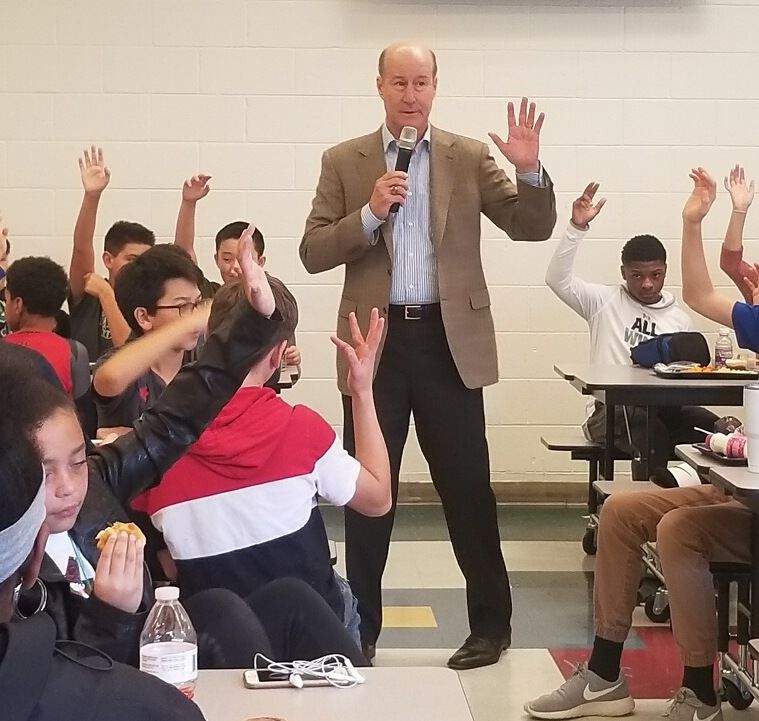 During both events, the general discussed the importance of physical fitness and nutrition for national security. Obesity is one of the leading reasons why 71 percent of young people between the ages of 17 and 24 nationwide, and 72 percent in West Virginia, do not qualify for military service.

While at the middle school, General Raaberg met with Diane Miller, Director of Child Nutrition for Kanawha County Schools, Shandon Tweedy, Principal of Horace Mann Middle School, and school staff to learn about how the school and district have made school meals healthier. 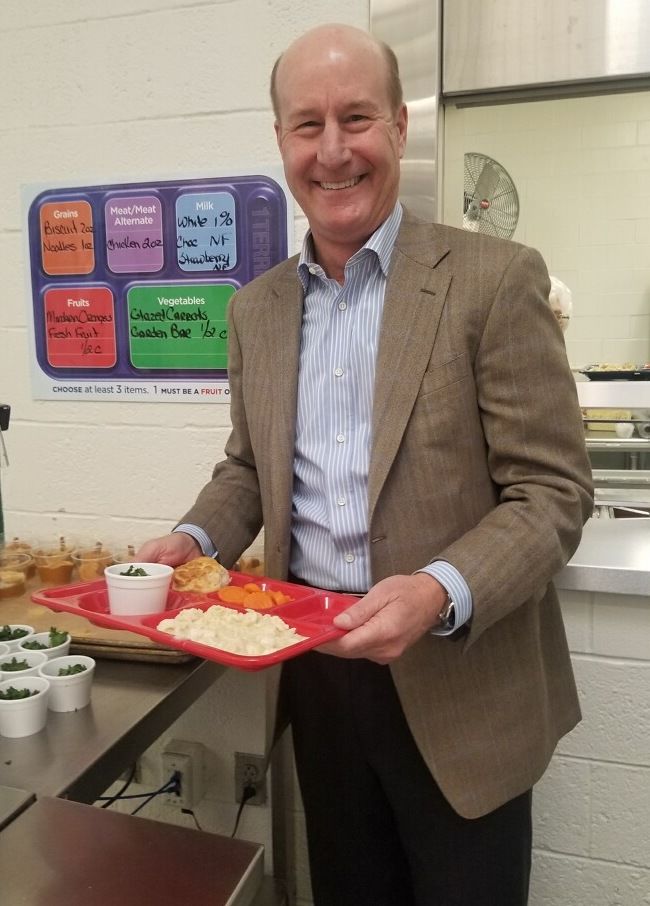 Our new report, Unhealthy and Unprepared, highlights the impact of obesity on military readiness and the importance of encouraging healthy eating and physical activity from an early age. Nearly one in three young Americans is too overweight to serve in the military.

Children consume up to half of their daily calories while in school, making schools an important place to promote healthy eating habits. The bipartisan Child Nutrition Reauthorization in 2010 led to healthier school meals that are now being served in over 90 percent of schools.