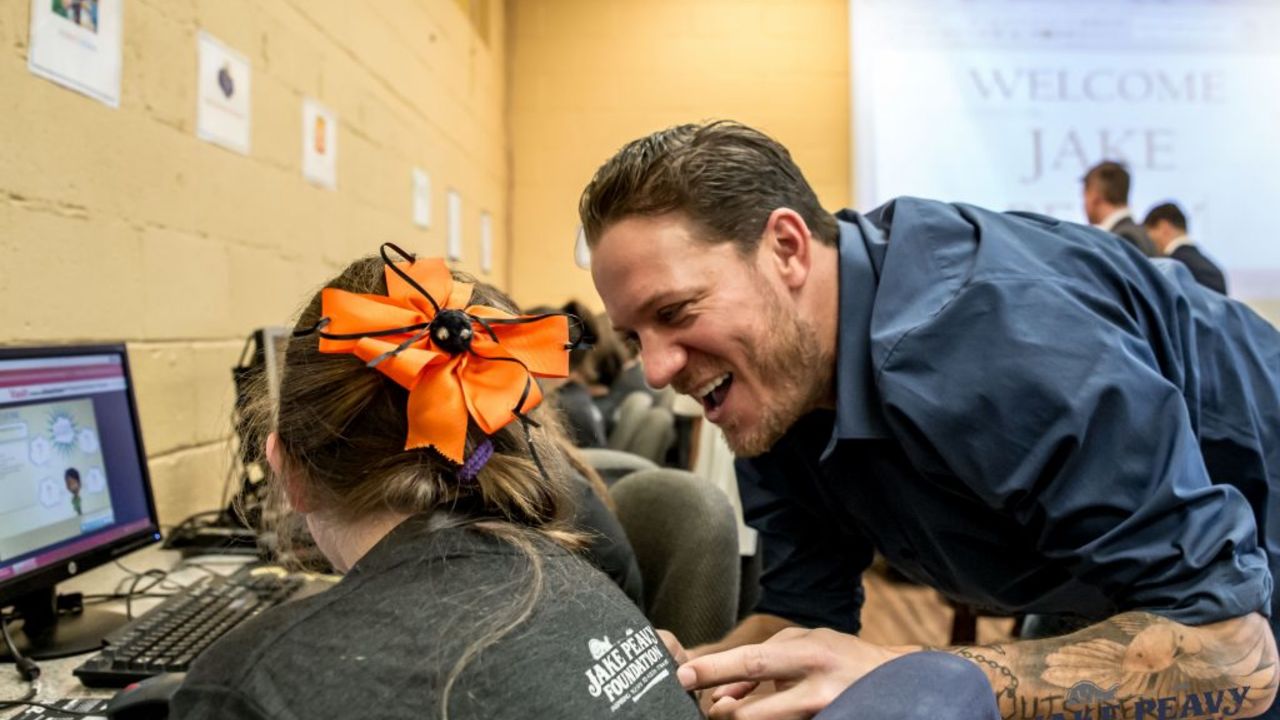 After School: Still the Prime Time for Juvenile Crime in Alabama

The Prime Time for Juvenile Crime in Alabama 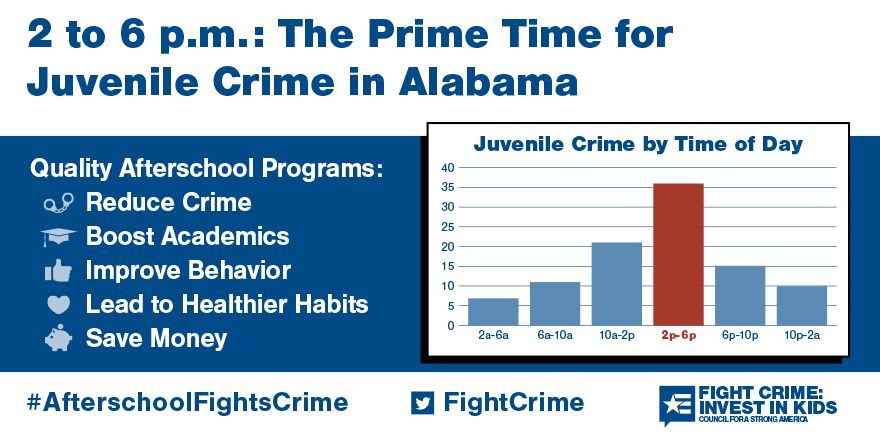 In Alabama, juvenile crime peaks from 2 to 6 p.m. on school days, with about 36 percent of all juvenile crime on those days occurring during the hours following the last school bell.

From a young age, That’s My Child founder and executive director Charles Lee was involved in drug and gang-related activities that were leading him down a path toward prison. At a crossroads, Lee decided to turn his life around, and become a positive force and role model for the youth in his community. Lee began coaching basketball in his Montgomery neighborhood, but quickly realized that youth needed more support, such as a safe space that they could consistently turn to stay off the streets and away from violence. In 2012, Lee launched That’s My Child, a free afterschool arts program at the Chisholm Community Center, and reached out to local college instructors to lead dance, poetry, creative writing, and visual arts activities. Growing to meet demand, That’s My Child has since moved into its own building, is now open until 7 p.m. every day after school, and has expanded its programming to include academic enrichment, sports, entrepreneurship, as well as career readiness training through employment at That’s My Dog, Jr., a restaurant run entirely by That’s My Child teen participants.

Youth and police get to know each other on a first name basis, helping to bridge the gap between youth and police, and foster trust and mutual respect.

Charles Lee, Founder and Executive Director of That’s My Child

As part of its effort to keep kids safe and on the right track, That’s My Child works in close cooperation with the local police department, inviting police officers to regularly engage in program activities with students, like a friendly Cops versus Youth basketball game. Lee notes that youth and police get to know each other on a first name basis, helping to bridge the gap between youth and police, and foster trust and mutual respect. Montgomery Chief of Police Earnest Finly expresses support for the police department’s partnership with That’s My Child, saying that police interactions with youth, “…will build relationships, will lead into schools, and will lead into their homes in a positive light.”