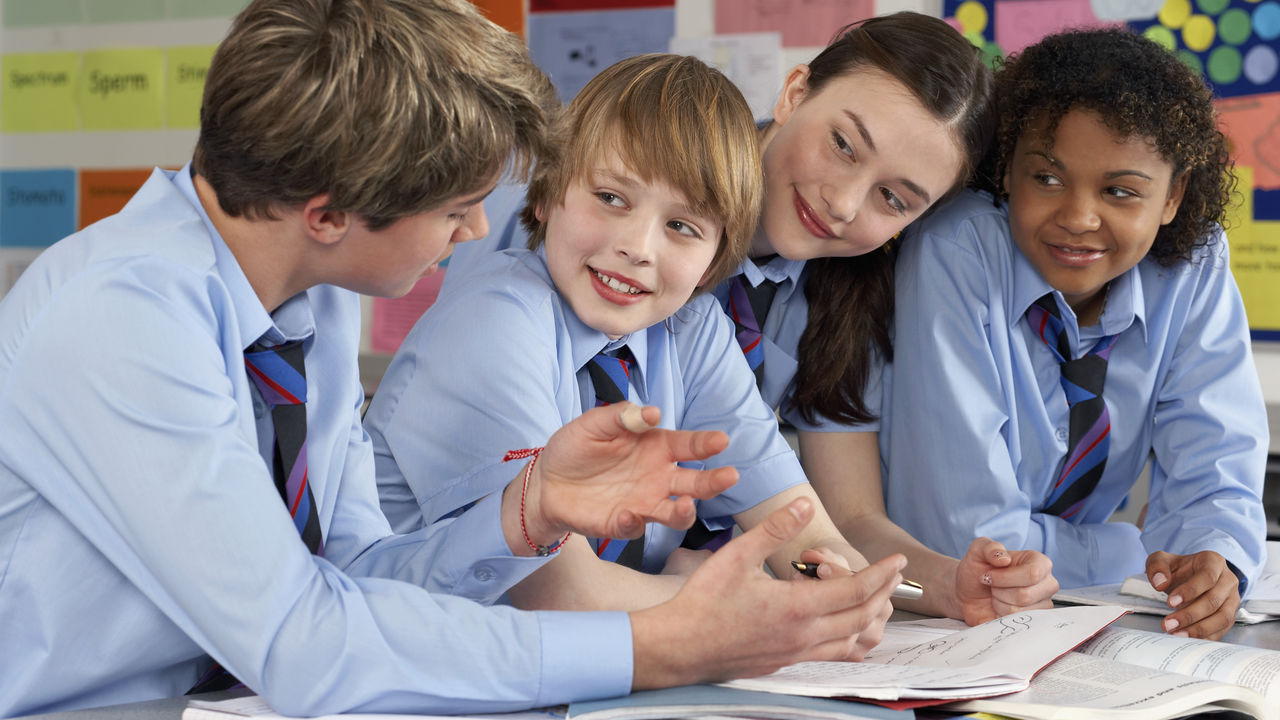 After School: Still the Prime Time for Juvenile Crime in Massachusetts

The Prime Time for Juvenile Crime in Massachusetts 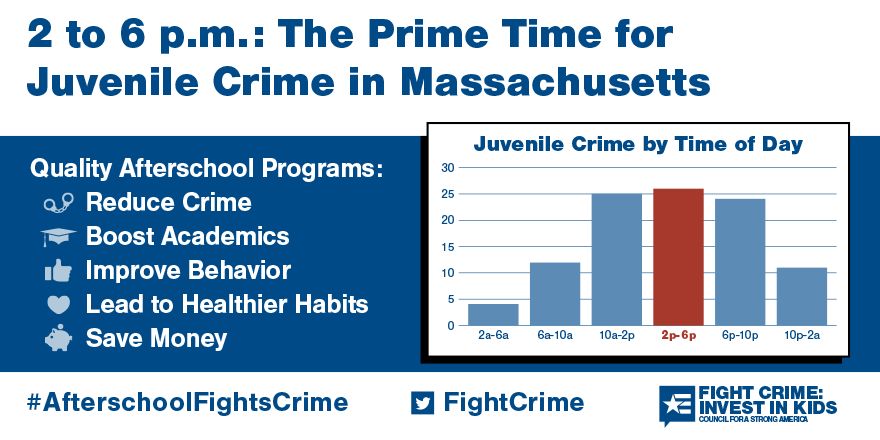 In Massachusetts, juvenile crime peaks between 2-6 p.m. on school days, with about 26 percent of all juvenile crime on those days occurring during the hours following the last school bell.

Since 1992, the Center for Teen Empowerment, Inc. has worked with high school-aged youth and young adults, oftentimes from low-income and high crime neighborhoods, to become change agents in their community. Through the afterschool and summer learning program, youth take part in positive social change initiatives, such as creating videos to highlight issues in the community, working with law enforcement to address community public safety, and taking part in local policy making initiatives. Youth connect with their peers, community leaders, and local organizations to build safer, healthier, and more just communities. One former youth participant remarks, “Without [Teen Empowerment], I would easily be in a gang, dead, or in prison. [Teen Empowerment] really affected the way I look at things…I stopped running around in the streets…soon I became the next guy to stand out as a positive influence.”

[Teen Empowerment] really affected the way I look at things…I stopped running around in the streets…soon I became the next guy to stand out as a positive influence.

Teen Empowerment was established in Boston in 1992, and replicated in Somerville in 1994, in response to rising rates of youth substance abuse, gang involvement, and suicide. The promotion of youth leadership and civic engagement through Teen Empowerment’s social change initiatives has shown to be an effective strategy for violence prevention amongst Somerville’s low-income, urban youth. For example, Teen Empowerment’s youth-police initiatives generate constructive dialogue sessions between youth and police, with 80 percent of surveyed program participants believing that their work made interactions between youth and police more respectful. Moreover, an evaluation of the Somerville program conducted by Dr. Russell Schutt at UMASS Boston found the city’s high crime neighborhoods saw a 50 percent reduction in juvenile crime as a result of Teen Empowerment.