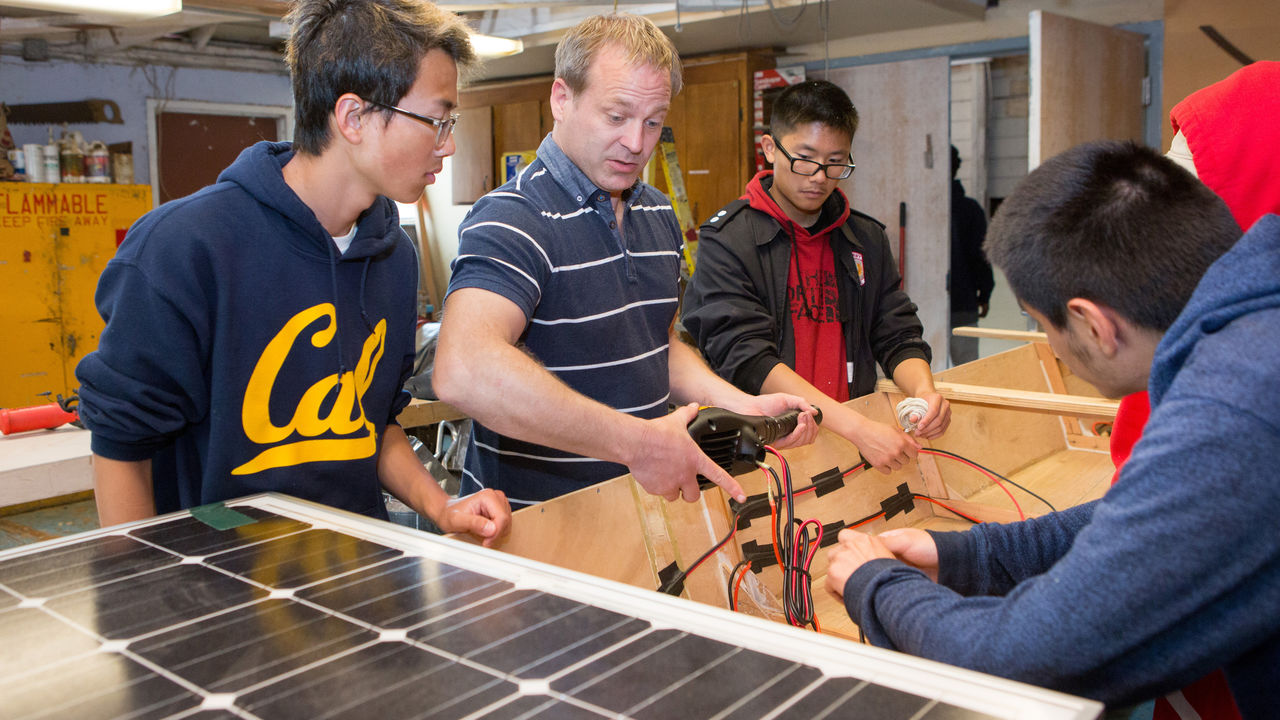 After School: Still the Prime Time for Juvenile Crime in Ohio

The Prime Time for Juvenile Crime in Ohio 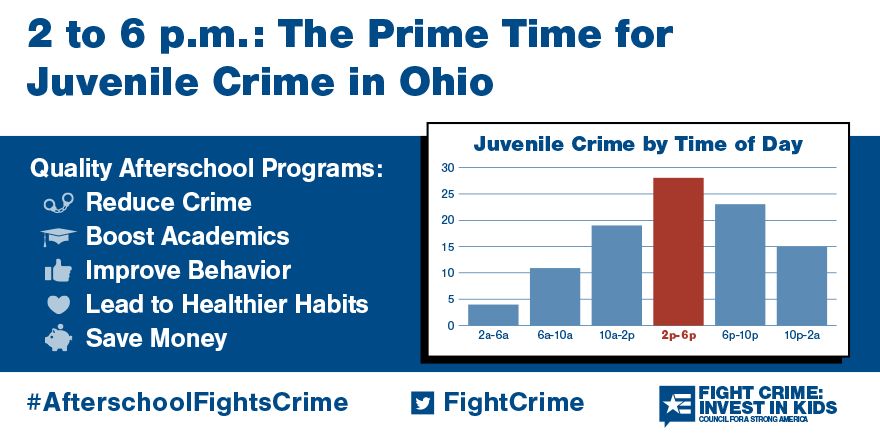 In Ohio, juvenile crime peaks between 2-6 p.m. on school days, with about 28 percent of all juvenile crime on those days occurring during the hours following the last school bell.

The YMCA of Central Ohio provides a positive environment for youth during the out-of-school hours during the school year and over summer breaks to explore new things, discover their passions, and grow academically and socially. Typically, this development happens after the school day ends, but through their Positive Alternative Learning for Students program and Truancy program (PALS), this YMCA is providing an engaging and encouraging space during the day for youth in grades 6 through 12 who have been suspended from school for three, five, or ten days. The Truancy program supports students and families in understanding what truancy is and what the consequences of chronic truancy are, while the PALS program offers daily academic curricula and mentorship from supportive staff. The programs jointly offer the opportunity for these youth not only to continue to focus on their education, but also to build resiliency skills and social and emotional competencies that positively support their development and lead to increased communication skills and sense of responsibility.

As youth are kept engaged during an otherwise unstructured break in their days, city data since 2008 have shown that crime has decreased during the school hours.

At the YMCA of Central Ohio, they believe that these young people are not “at-risk,” but rather “that every child is of promise.” Through this partnership with Columbus City Schools, Southwestern City Schools, the Ohio Department of Education, Key Bank, the Department of Public Safety, and the Columbus Police Department, communities have seen a marked improvement for both the youth and the city. As youth are kept engaged during an otherwise unstructured break in their days, city data since 2008 have shown that crime has decreased during the school hours, including a 53 percent decrease in auto theft, a 27 percent decrease in home burglary, and a 17 percent decrease in assault with weapons.

Miracle Makers is an afterschool and summer learning program that aims to unlock a student’s full potential through academic remediation, cognitive and social emotional development, enrichment opportunities, and family supports.