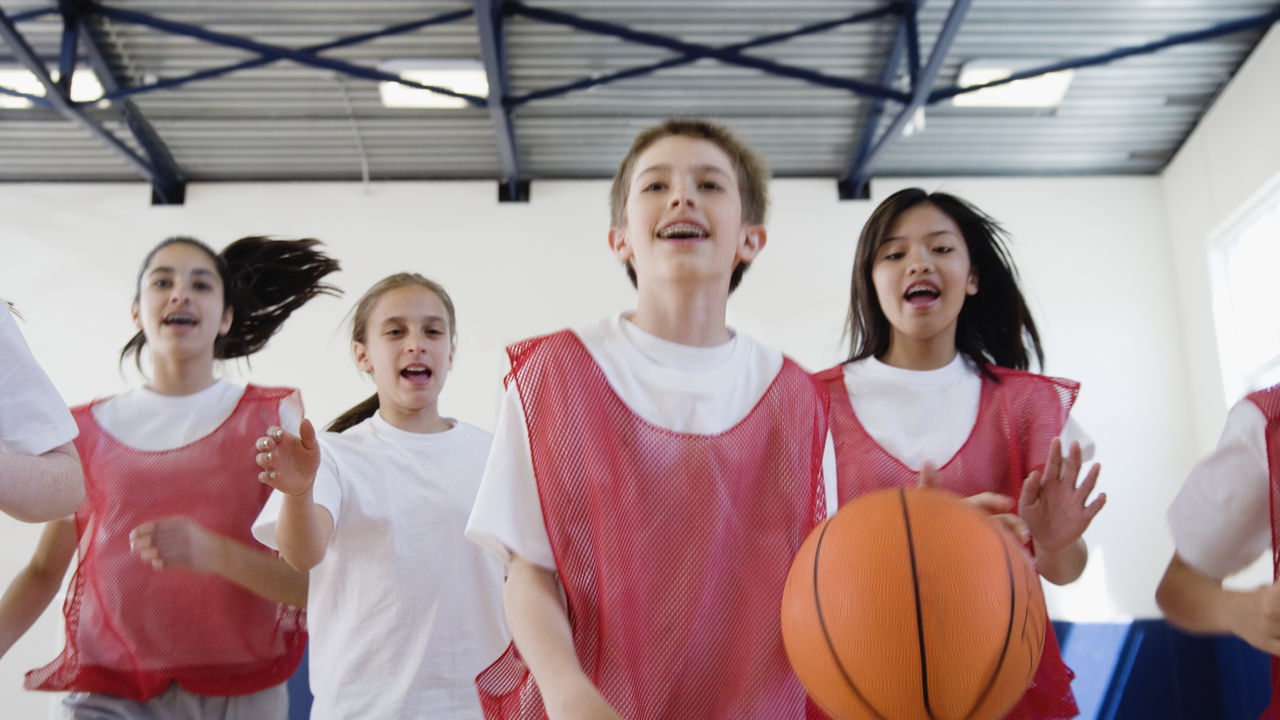 After School: Still the Prime Time for Juvenile Crime in West Virginia

The Prime Time for Juvenile Crime in West Virginia 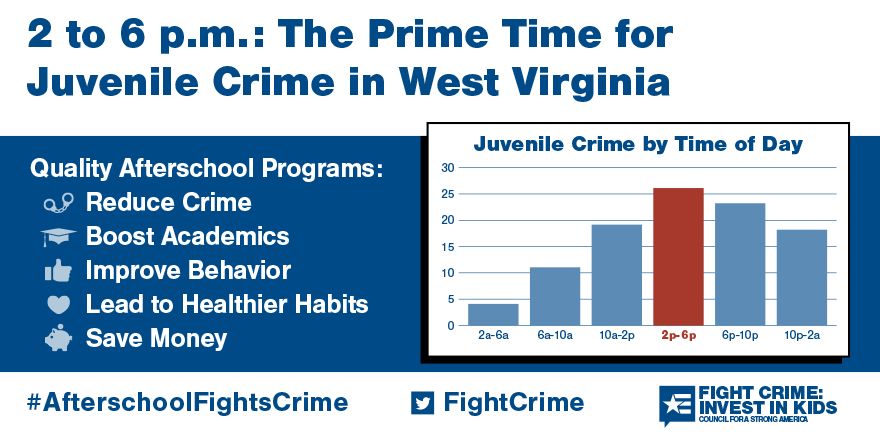 In West Virginia, juvenile crime peaks from 2 to 6 p.m. on school days, with about 26 percent of all juvenile crime on those days occurring during the hours following the last school bell.

When Chief Maury Richards took over the Martinsburg Police Department, he got a call from Stacie Rohn, the Chief Executive Officer at the Boys & Girls Club of the Eastern Panhandle, who told Chief Richards that she had some kids that would like to meet him and tell him about their community. Chief Richards came to the Club and met a group of young people in a roundtable discussion, who told him what they loved about their community, what scared them about their community, and how they felt about the police. From this meeting, the Chief made a promise to the kids that there would be officers in the club at least once a week to start developing relationships between officers and the youth.

Real communication and trust begins with police officers and young people getting to know each other personally and individually as people.

The Boys & Girls Club of the Eastern Panhandle is open after school between 3:00 and 7:00 p.m., focused on offering youth development programming and meaningful engagement opportunities for young people in a way that helps shape their future. In addition to offering a snack and a meal every day, the program provides academic support, recreational facilities, and programming that spans from a photography class with a working dark room to a leadership program that engages locally-based businesses who offer career training. The officers from the Martinsburg Police Department are able to fit seamlessly into the programming by simply showing up and investing time with the youth, whether that is by playing a quick round of cards or sitting down to talk and connect one-on-one with the kids. When Chief Richards came to the club a year after his first roundtable discussion to host a follow up conversation, the responses from the youth were very different—not only did they feel more comfortable sharing stories about their community, but they also had a much more positive perception of the officers, whose names they now knew and with whom they had spent time connecting. “Real communication and trust begins with police officers and young people getting to know each other personally and individually as people,” reflects Chief Richards. “One of the goals of the Martinsburg Police Department [MPD] is to have positive face-to-face interactions with kids at our Club every day. These personal contacts have been a game changer. MPD and the Boys & Girls Club have built a great relationship that is getting better all the time.”