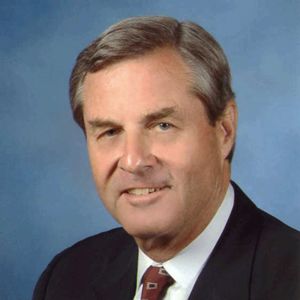 James M. Zimmerman retired from Macy’s Inc. (previously Federated Department Stores) in 2004, after serving the previous 15 years as either as chairman and chief executive officer or president and chief operating officer. He began his career with Federated Department Stores in 1965 in Houston, and was chairman and chief executive officer of Rich’s, Inc., an Atlanta-based division of Federated, until being appointed president of the parent company in 1988.

Zimmerman is a graduate of Rice University in Houston, and is currently a member of the board of directors of The Chubb Insurance Corporation, Fossil Group Inc., and several other profit and nonprofit organizations, including SUCCESS BY 6® and the Cincinnati Center City Development Corporation. Zimmerman previously served as a director of Heinz, Goodyear, Convergys, and Furniture Brands International.