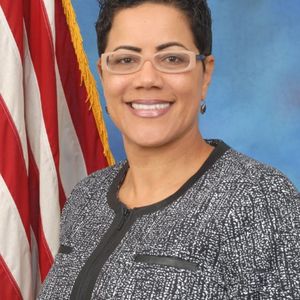 Jennifer Webb-McRae has been a member of Fight Crime: Invest in Kids since 2016. In January of 2010, Webb-McRae was nominated by Governor Jon S. Corzine to be the first African American, first female Prosecutor of Cumberland County. Previously, she was an Assistant Deputy Public Defender for the State of New Jersey for six years, served as Child Support Attorney for the Cumberland County Welfare Board, and worked in private practice.

Prosecutor Webb-McRae says that while prosecuting crimes and keeping Cumberland County residents safe is her primary responsibility, helping people make positive choices is equally important. She oversaw the creation of an Anti-Bullying educational curriculum and hosted a Youth Outreach Symposium. Webb-McRae is a native of Vineland, New Jersey.