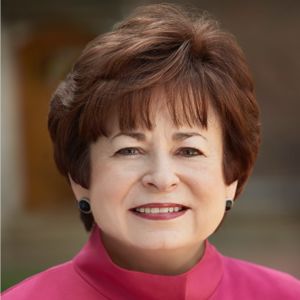 Maxine stepped down from her CEO position in 2013 to dedicate her time to investing in women and minority entrepreneurs and to use her entrepreneurial skills to help re-imagine K-12 education in St. Louis. Launched in 2015, her first product, Blueprint4.com, is a free and easy-to-use mobile tool designed to help ALL St. Louis families navigate cradle to career options. Her latest venture is the Delmar DivINe™—the transformation of a neighborhood eyesore in a disinvested community, the historic St. Luke’s Hospital, into a multi-use real estate development to open in Fall, 2021.

Maxine is a Founding Managing Director of Prosper Women’s Capital, a St. Louis based accelerator for women led businesses and on the Board of Advisors of Lewis and Clark Ventures. Maxine is a member of the Build-A-Bear Workshop, Footlocker, Inc., the New America, PBS and Parents As Teachers Boards of Directors. In 2019 Maxine received the Missourian Award, in 2017 she was named to the Missouri Public Affairs Hall of Fame and in 2015 was named Women of the Year by the Greater Missouri Leadership Foundation.