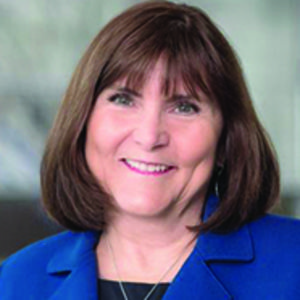 Moody is responsible for Force for Growth and Prosperity work with our company’s community-facing activities, including philanthropy through the DTE Energy Foundation, volunteerism, education and employment initiatives, environmental leadership, policy leadership, community outreach, and economic progress.

Moody began her career with the company as a legislative representative for Detroit Edison. Three years later, she was promoted to director of the State Government Affairs office, responsible for advancing the company’s interests on key public policy initiatives. She led electric industry efforts that culminated in comprehensive state energy policy laws enacted in both 2000 and 2008.

Moody later served as director of Federal Government Affairs, where she managed DTE’s Washington D.C. office. In addition to her leadership as the company’s primary liaison with members of Congress and the President’s Administration, she represented DTE Energy on several national industry associations’ policy committees, including those at the Edison Electric Institute, American Gas Association, Nuclear Energy Institute, and the Interstate Natural Gas Association of America. Moody chaired the National Campaign for Home Energy Assistance and was the President of the Michigan Business Group in Washington, D.C.

Moody is a graduate of Kalamazoo College with a Bachelor of Arts degree in French and German. She spent two years studying at universities in Germany and France, and also taught French in a German high school.

Moody is an executive board member of the Michigan Economic Development Foundation, Michigan Colleges Alliance, and Michigan Communities in Schools. She has been honored twice as the Child Advocate of the Year by statewide non-profit children’s advocacy organizations. Moody six years as chaired the Michigan Children’s Trust Fund Board for six years and serves today on several organizations dedicated to children’s welfare.