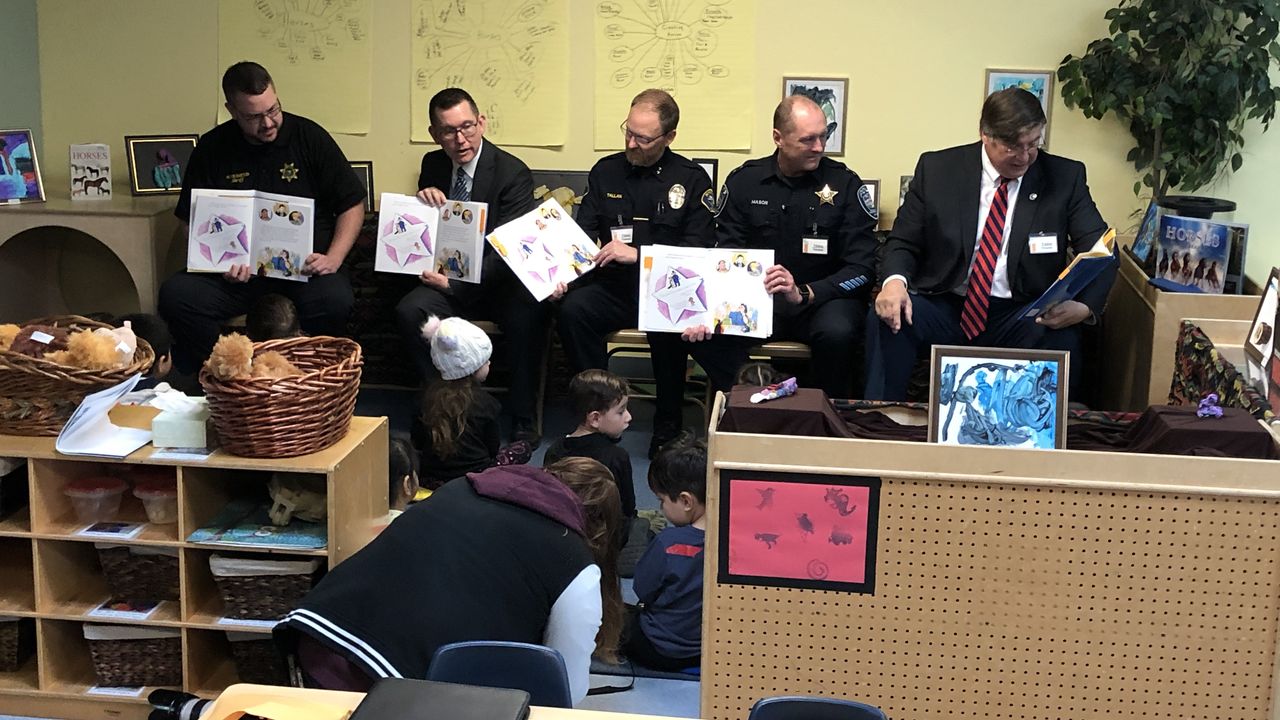 On November 19, four local law enforcement leaders joined the Mayor and education leaders at the Indepence Oregon Child Development Coalition to discuss a new research report and participate in the preschoolers’ story time. Independence Police Chief Robert Mason, Monmouth Police Chief Darrell Tallan, Polk County Sheriff Mark Garton, and Polk County District Attorney Aaron Felton were joined by Odi Campos of the Oregon Child Development Coalition and Lisa Harnisch, the Early Learning Hub Director for Marion and Polk Counties. While celebrating the new expansion of pre-kindergarten in Oregon, the Fight Crime: Invest in Kids members shared the report, which outlines that more than 20,000 children from low-income families will still not have the opportunity to attend preschool.

There’s a real threat to our criminal justice system and economy if we do not continue to expand our investment in early childhood education. 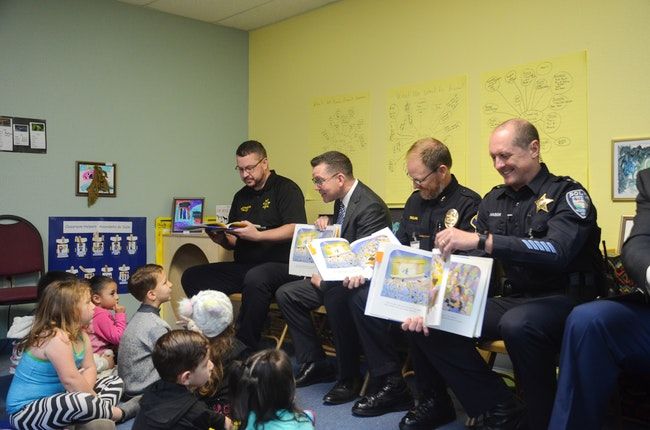 All four law enforcement leaders celebrated the fact that with the recent $75 million increase over the next two years 5,200 more eligible children statewide will be able to attend pre-k through the Head Start, Oregon Pre-Kindergarten, and PreK Promise programs. This investment is important to law enforcement leaders due to the positive, proven outcomes provided by high-quality preschool. The report reveals how high-quality preschool participation can boost math and literacy capabilities and improve the social-emotional skills that prepare children for long-term academic success, high school graduation, and crime-free lives.

The evidence is clear. Investing in early learning today is the fiscally smart way to create safer communities in the years to come. 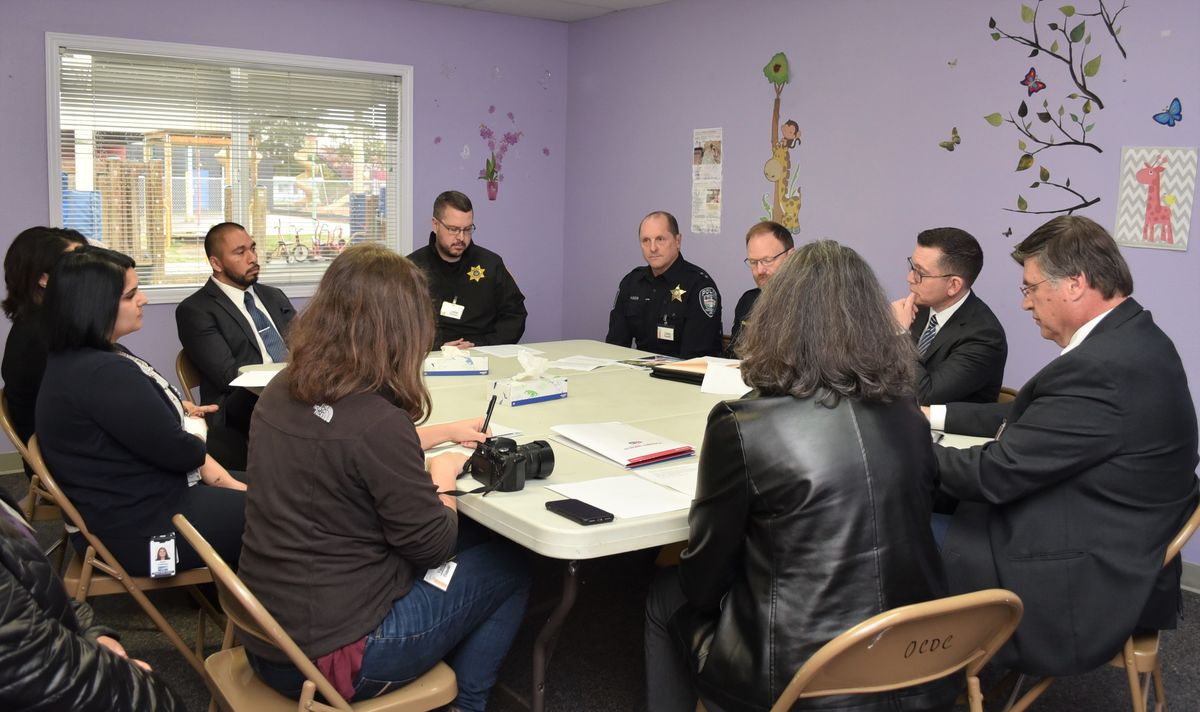 Right now, one third of our prisoners here in the state of Oregon and 6 out of every 10 prisoners nationwide doesn’t have a high school diploma.

The report discussed by the law enforcement leaders present highlights the fact that attending pre-kindergarten can reduce the likelihood by half that participants will later be charged with a crime or arrested and ultimately serve time in jail or prison. Pre-k not only prepares children to enter elementary school ready to learn, attending pre-kindergarten has also been found to increase high school graduation rates up to 44 percent among participants. Reducing the high school dropout rate is particularly important for Oregon, which had the second-lowest high school graduation rate in the country in 2017, with nearly a quarter of students not graduating on time. The state’s recent increased investment in quality pre-kindergarten programs will hopefully start to help turn that rate around. 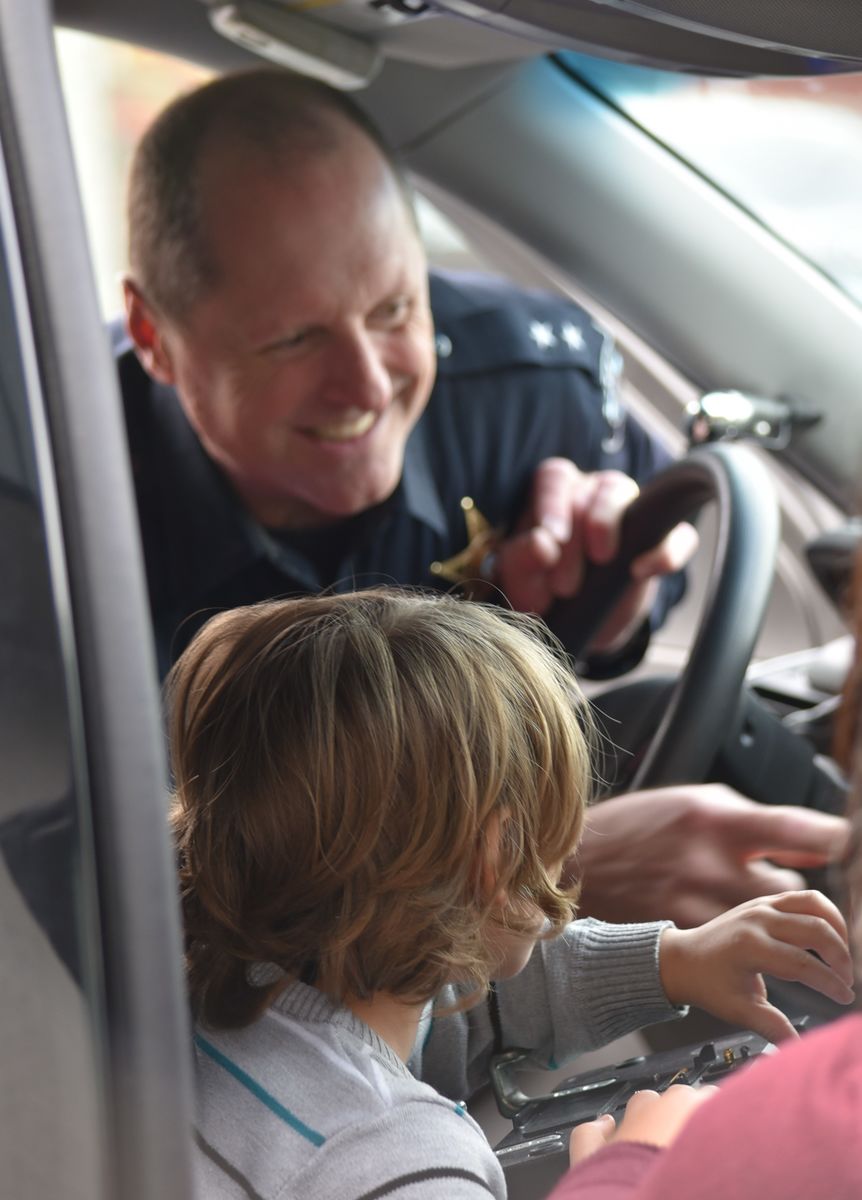 After story time, the students got the chance to explore a patrol car alongside Independence Police Chief Mason.