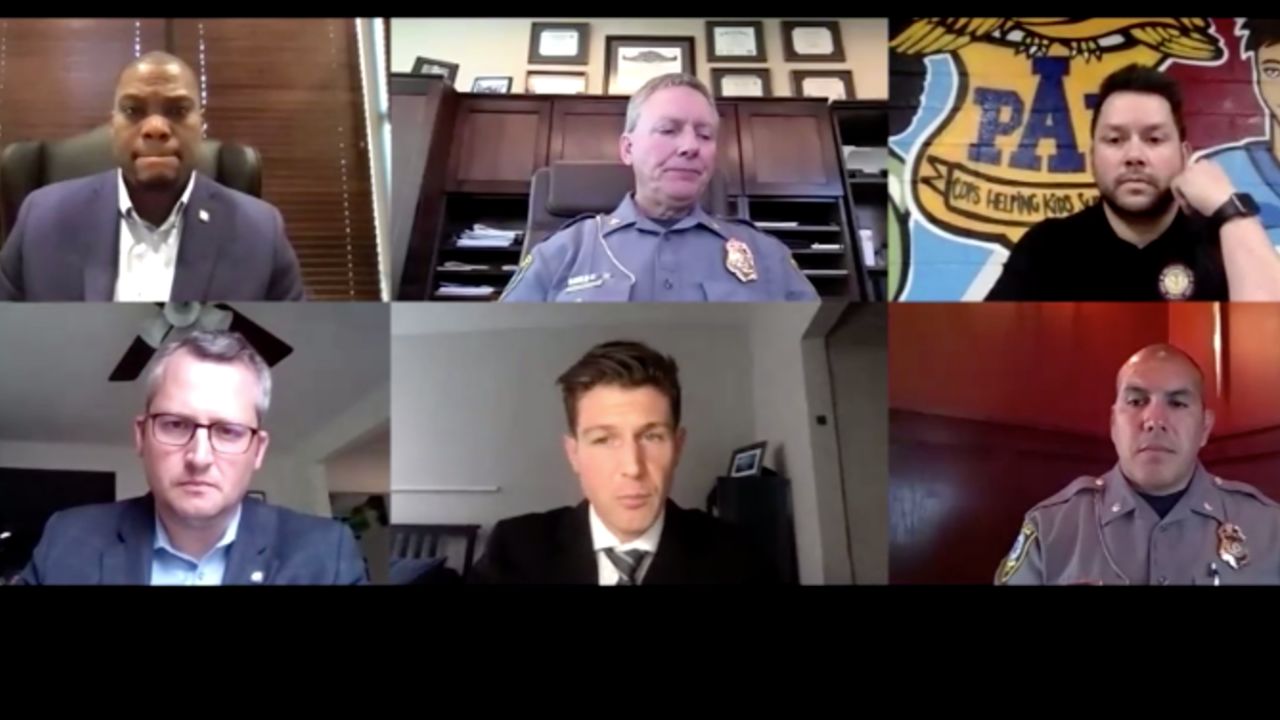 Fight Crime: Invest in Kids convened a virtual discussion of the benefits of high-quality afterschool programs in Oklahoma.

The hours immediately following the end of the school day are still the “prime time for juvenile crime,” when young people are likeliest to be involved in criminal activity—which is why investing in high-quality afterschool and out-of-school time (OST) programs is crucially important for putting kids on the right track for success in life.

That was the top-line message during a panel discussion of a new Fight Crime: Invest in Kids research brief, entitled “Afterschool: A Solution to the Prime Time for Juvenile Crime in Oklahoma,” released on August 13th.

Although juvenile arrest rates have declined by an impressive 70 percent since 2000, the hours after school lets out during the week are still the “prime time” for young people to participate in or be victims of crime. The speakers underscored the research-proven benefits of afterschool programs, including lower crime and welfare costs.

Chief Gourley discussed those and other benefits of afterschool and OST programs, including a deeper appreciation for one’s school and a stronger connection to a supportive social circle. “No one should be surprised that law enforcement leaders like me care about these kinds of initiatives,” he explained. “These programs really are long-term investments in public safety, which is why I am here to stress their importance.”

He went on to emphasize the importance of these programs to Oklahoman children, noting that over 230,000 students are waiting to enroll in afterschool, while nearly one in five kids are alone and unsupervised in the afterschool hours across the state.

Chief Gourley also touted the evidence-based benefits of these programs discussed in the new brief, saying that research shows that afterschool programs “help reduce crime, improve student behavior, boost academic performance, and increase graduation rates,” as well as generating a cost-savings to society, with high-quality afterschool programs saving “at least $3 for every dollar spent, based on things like improved school performance and lower crime and welfare costs.”

Deputy Chief Balderrama underscored some of these points, drawing additional focus to the Police Athletic League (PAL). “The program helps kids who lack resources: kids who might be in low-income neighborhoods or lack role models. That is one of the many roles that I can play as a law enforcement leader who wants these kids to succeed,” Balderrama said.

Drawing on his own experience as a youth growing up in an El Paso housing project, Balderrama reiterated the power of the connection between law enforcement and high-quality, youth-focused afterschool programs. “Police departments have to get involved in these programs,” he added, stressing the importance of trust and relationship-building between law enforcement and youth, especially at this moment in history.

He elaborated that Oklahoma City law enforcement is deeply involved with PAL, and for good reason. “The police department provides four full-time officers, 20 part-time police volunteers and about 500 non-police volunteers who coach and mentor on a consistent basis,” he noted. “They run year-round sports leagues and provide additional mentoring opportunities. The officers involved know that these kids will have a greater chance of success if they meet the right people in the right program.”

PAL Director Peter Evans echoed Balderrama’s points, going on to explain the impact that the Police Athletic League and programs like it can have on young lives. Evans touted the real-world impact that PAL has in altering the trajectory of these young people’s lives.

“After seeing firsthand how much kids can benefit from these programs, it is clear that we need to increase our investments in afterschool and out-of-school time programming,” he explained.

“Our motto here is ‘cops helping kids succeed.’ Anytime Deputy Chief Balderrama has officers available, we want them in front of our kids,” Evans said. He stressed how crucial it is to tell the story of PAL and other programs that have such positive effects on youth and communities around Oklahoma and the United States.

State Representatives Mark Lawson and Monroe Nichols offered their perspectives as well, again emphasizing the benefits to young people of these programs. They also addressed the added importance of afterschool and OST programs in the wake of the COVID-19 pandemic, which has left many children without stable, supportive environments for much of their week.

Rep. Lawson focused on the fact that Oklahoma leads the nation in “ACEs,” or adverse childhood experiences, driving home the importance of high-quality afterschool. He also echoed earlier points about cost-savings and early interventions, noting that it’s much easier to keep a kid on the right path than to attempt to put that same kid back on the right path after he or she has endured negative experiences.

“It’s hard to argue anything other than the pragmatic approach that prevention plays in keeping kids out of the [justice] system.” He added that, “I believe kids want to do good things … but they need adults to be invested in them” to be there as a support to maintain a positive trajectory in their lives.

“The age of COVID-19 has helped us understand what’s really important,” Nichols said. He explained that the pandemic and related restrictions have caused him to reassess priorities and renew his understanding of how important person-to-person interactions are for children, both in terms of interacting with other kids, and with adult mentors. “I don’t think there’s a smarter investment that we can make than making sure kids have options outside the school day,” going on to reiterate the power of high-quality afterschool programs.”

The Fight Crime: Invest in Kids research brief and the panelists all point to a simple truth: High-quality afterschool and OST programs serve to engage young people in a positive way, with connections to community and adults that keep them safe and build their academic, social, and emotional skills.

In the aftermath of COVID-19 and school closures across the nation, many children have lost access to these crucial programs. Yet, the need for these programs hasn’t gone away. A commitment to invest in and expand such opportunities is a commitment to improve the lives of Oklahoman young people, while laying a cost-effective foundation for safer, healthier communities in the years to come.