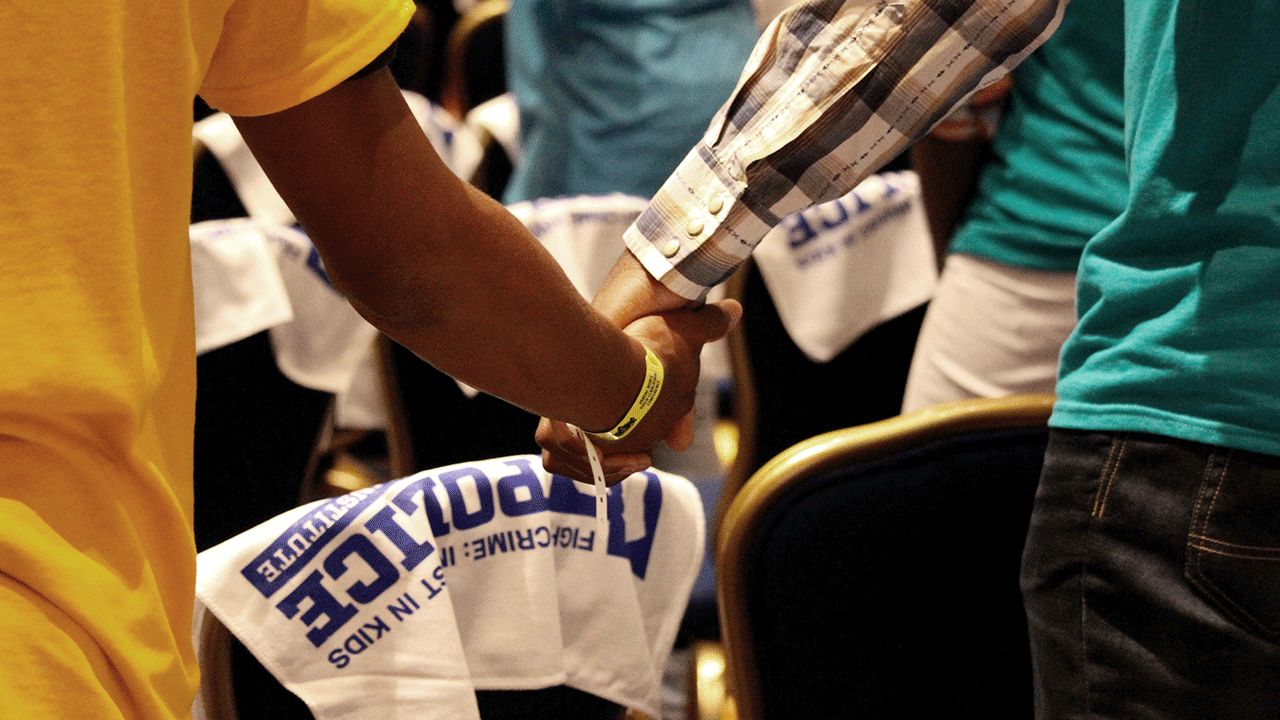 Fight Crime: Invest in Kids hosted a panel discussion in Washington, DC to talk about how to transform interactions between law enforcement and youth, particularly youth of color.

In conjunction with the National Organization of Black Law Enforcement (NOBLE) 2016 annual youth conference on July 17, Fight Crime: Invest in Kids hosted Teen Town Hall to talk about how to transform interactions between law enforcement and youth—particularly youth of color.

The event began with Police Training Institute Director and former law enforcement, John Shanks leading the group in a moment of silence to recognize the lives lost earlier that morning in Baton Rouge, as well as lives lost the previous weeks in Falcon Heights and Dallas. Chief Jordan noted that he and the other police leaders on the panel were, “first, persons of color, second, law enforcement officers, and last, law enforcement leaders.”

As law enforcement, you need to know families and their background for effective community policing. It’s the only way you can build trust, empathy, and respect.

One of the police panelists noted that as a black police officer, any time he turns on the news and hears about another police officer colleague involved in a negative incident with a young male of color, he hangs his head in shame. His first emotion is always embarrassment. The entire panel of police leaders concurred. Deputy Chief Tarrant noted that when necessary, he has personally handcuffed a bad cop who was involved in an incident of police brutality and was subsequently found guilty of wrongdoing.

One youth commented, “We want to see police when there’s nothing happening. We need to know you cops as the good guys before something bad happens.” Another teen offered his take on recent shootings and gun violence in America: “The carnage needs to stop. We need to stop the violence. Violence gets you nowhere.“

At the end, the panelists encouraged every audience member to go home and take a selfie with a local beat cop—get to know them and start that open line of communication. Teens walked out of the room hugging the police officers as they walked by and thanking them for risking their lives on a daily basis.

Learn about the Police Training Institute