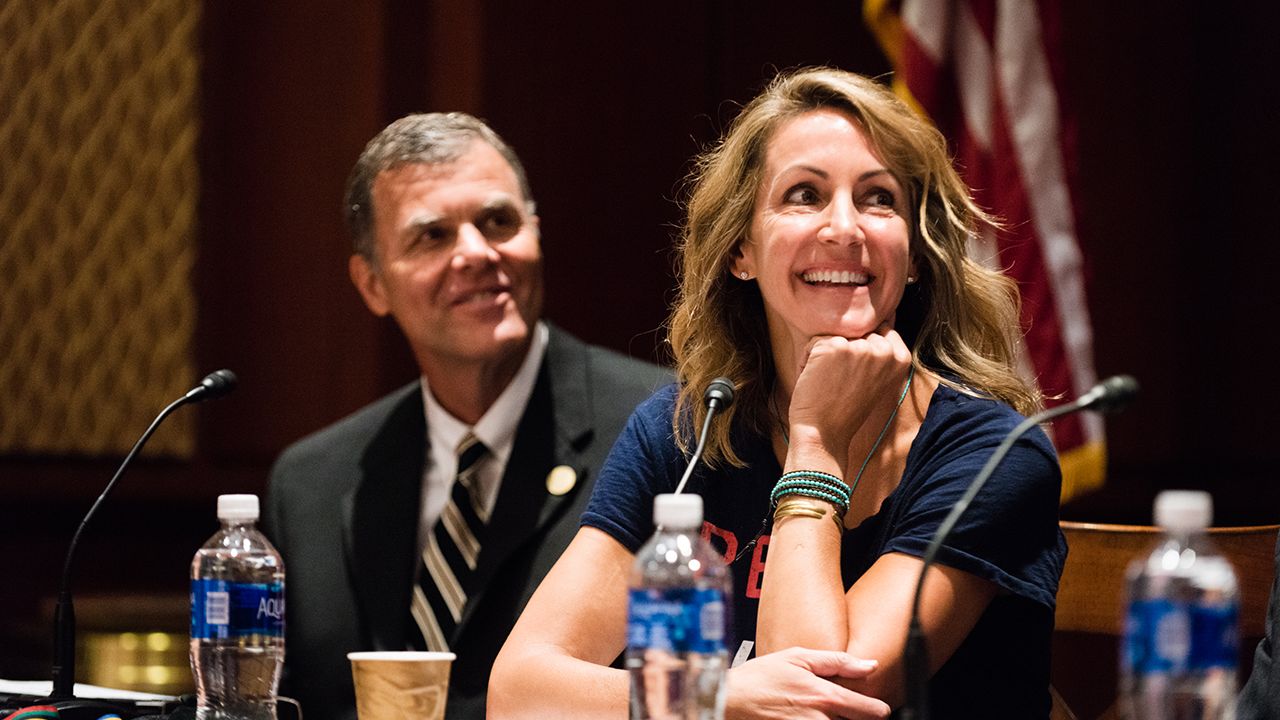 Summer Sanders on the Importance of Pre-K and PE

The gold-medal swimmer speaks as an athlete, commentator, and mom on how learning and academics are related

Having recently returned from the Olympics in Rio, Summer Sanders used a sports analogy to explain the difference early childhood education makes in a child’s life: “It’s like Katie Ledecky on the blocks, and the kid next to her is wearing five pairs of sweatpants. When a kid doesn’t have early education, it’s not a fair race.”

Sanders is not only a gold-medal Olympian swimmer and media professional, but she’s a mom of two children who are enrolled in the public school system in Utah. She’s a firm believer that access to high-quality pre-K levels the playing field, and makes children citizen ready. It’s why she’s an active member of Champions for America’s Future.

To use another Olympic analogy, Summers asks, “Where did the United States finish up medal-wise in Rio? First. Where did we finish up medal-wise in 2012? First.” But when it comes to the academic medal race, the U.S. lags behind. In 2012, America’s international test scores for science ranked 27th, while ranking 35th in math. “We can be so much better,” she says.

Physical activity and learning go together like peanut butter and jelly.

Sanders is also a strong proponent of bringing physical education back in schools. She first laments how her children only have one day of PE a week. “I had PE every day as a kid!” She cites the confidence and resilience that playing sports brings. “Play-based learning, the release of being outside, the aggression you get out when you’re out there, it’s all essential to the learning process. Not just because I’m an Olympian, but because I believe in our system and I have two kids in it.”