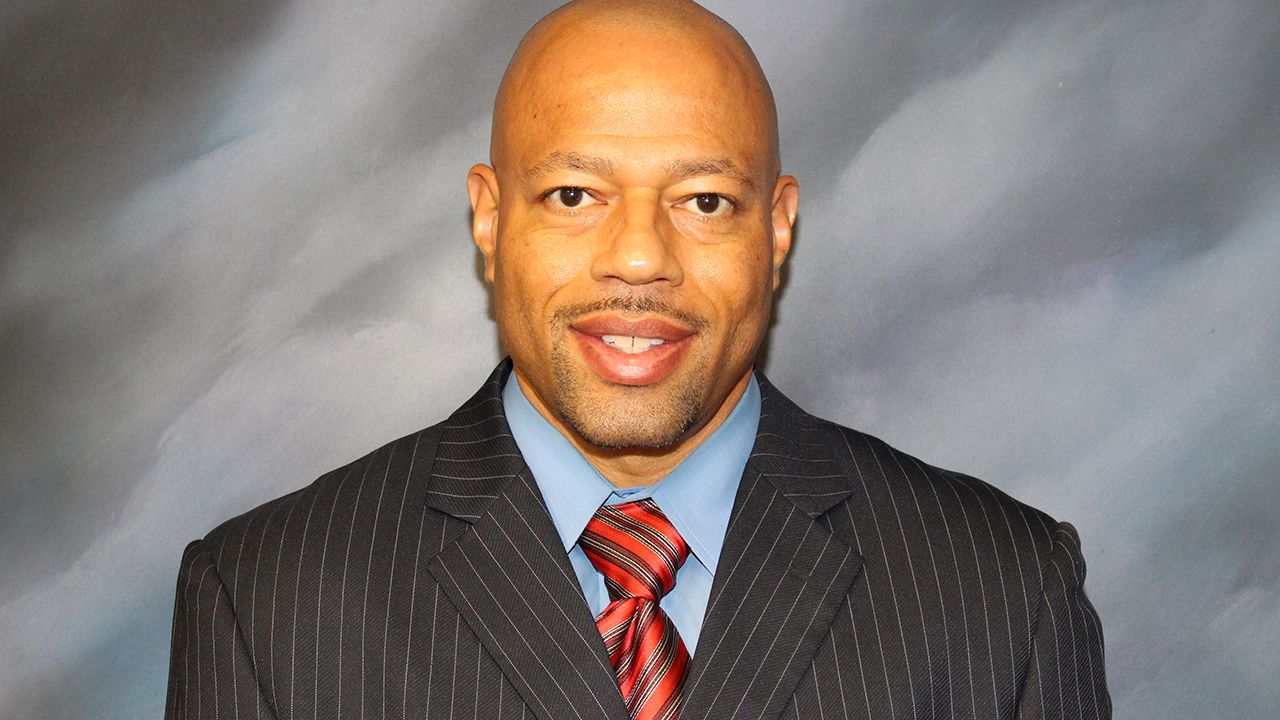 The principal of Wingfield High School in Jackson, MS has seen a lot of changes in Jackson over the past few decades. Now he’s doing something about it.

Even though he was raised in Milwaukee, Dr. Willie Killins Jr. claims Mississippi as his roots, something that drives the 47-year-old’s unique approach to tackling school discipline.

“I grew up going down the 55 South. I see now that gentrification is huge, and schools are not a function of the community anymore. When schools go down so far, it’s next to impossible to revitalize things without a new way of thinking.”

And a new way of thinking is what Killins brings to Jackson Public School District. After receiving his doctorate at Jackson State University, he became the the Principal of Wingfield High School in 2015. In that short amount of time, Killins has radically shifted the school’s focus from punishment to empowerment through programs that turn troubled students into leaders. In doing so, Killins helped reduce the school’s suspension rate by 94 percent, from 2014 to 2015, a feat that earned him recognition from Fight Crime: Invest in Kids.

As part of our blog series on school discipline in Jackson, MS, we caught up with Dr. Killins recently to see how his innovative mid-day school program is helping to reduce suspensions and increase graduations:

Did you know what you were getting into when you moved to Jackson?

Dr. Willie Killins, Jr: I knew Jackson was going through some challenges, but I’ve spent my life looking for challenges. I got the position, not realizing how much it had gone downhill. When I walked in, the reading was at third grade level in 2014-2015. The year before, there was a young lady who was killed during an after-school fight. There was a level of violence and behavior that was contrary to a positive school climate, [and] the apathy for learning was at an extremely high level. We were 17 or 18 teachers short, which made things difficult. But when I got here, I wasn’t so much focused on teaching or learning; it was, how do we get the climate and culture right? 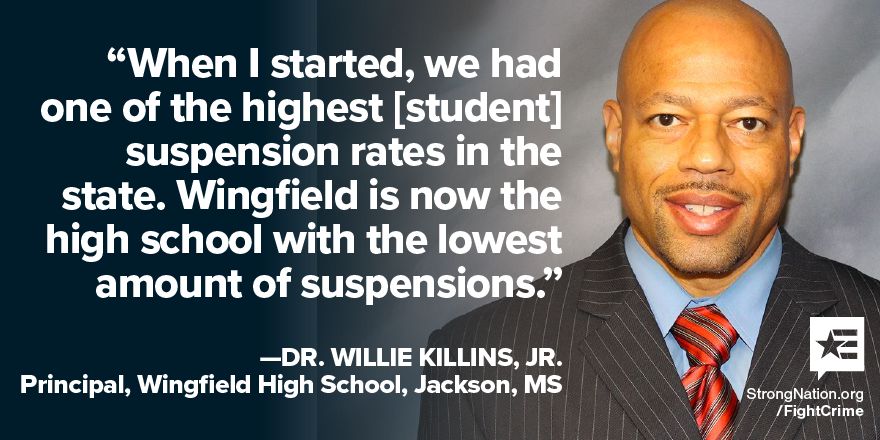 So where does one even begin?

WK: One of the first things I proposed was a program that I had instituted in Milwaukee that I call FAME: Fine arts, Athletics, Mechanics and Engineering. I proposed this concept as a mid-day school, from 12 p.m. to 6p.m. It took more than a year to set up, but it’s working. It’s a school within a school for about 60 kids with behavior problems. So when those infractions add up, you get put in FAME. We also have several over-age and under-credited students there.

We don’t have any resources, other than me flipping teachers’ schedules and putting gas in the bus. The student-teacher ratio is about 10 to 1, which means they get more individual attention. We’ve got a lot of work to do, but we’ve seen an extreme difference. You could barely walk the halls before. But when [students] saw that FAME was a way to get caught up and graduate, 10 students enrolled voluntarily, and eight of them graduated that year. 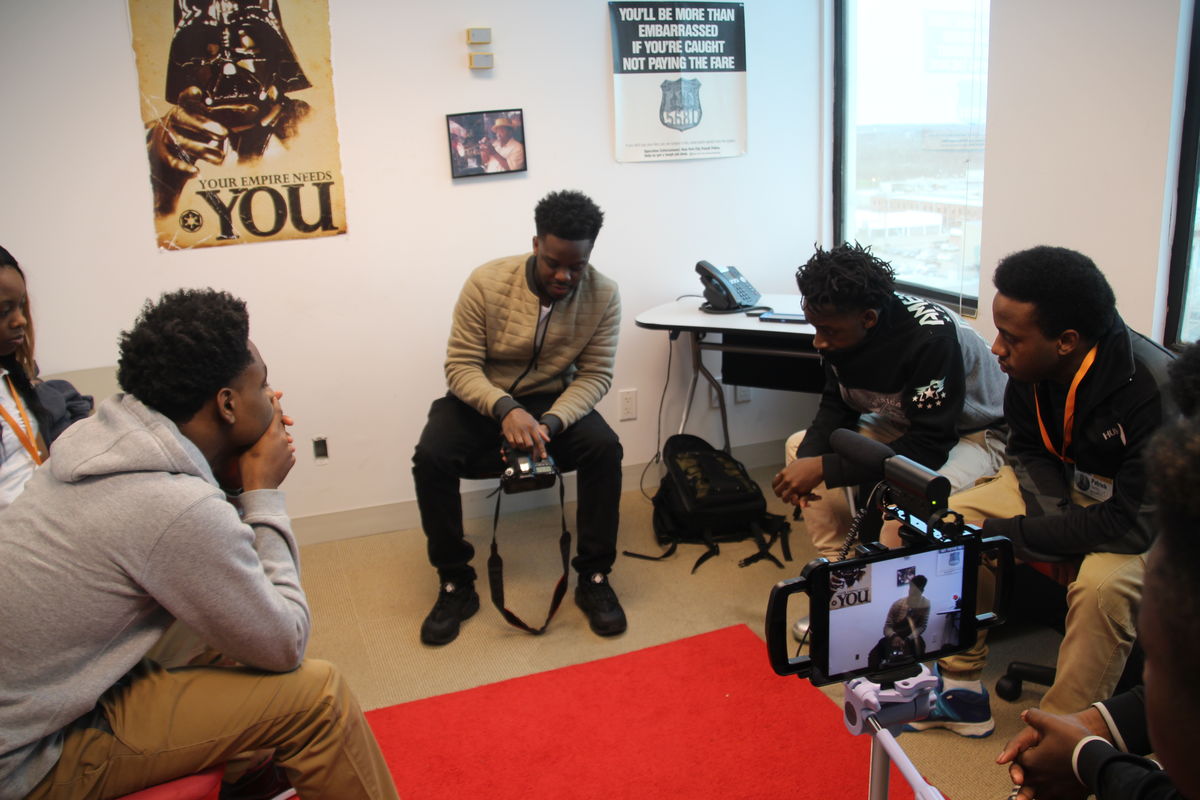 Is the FAME program unique?

WK: This program is unique to Wingfield High School, but other principals have demonstrated an interest. Right now, it’s about capacity. So maybe if we work together, then we could create a system among the high schools that could help fill that capacity.

WK: We have a lot of hope. There is a fixed mindset among folks here, [that] makes it difficult for innovative options to take hold. Changing the fixed mindset has changed the way we do things. There’s a reason why Mississippi is dead last in education, because of the curriculum and that fixed mindset. We need to do something different.