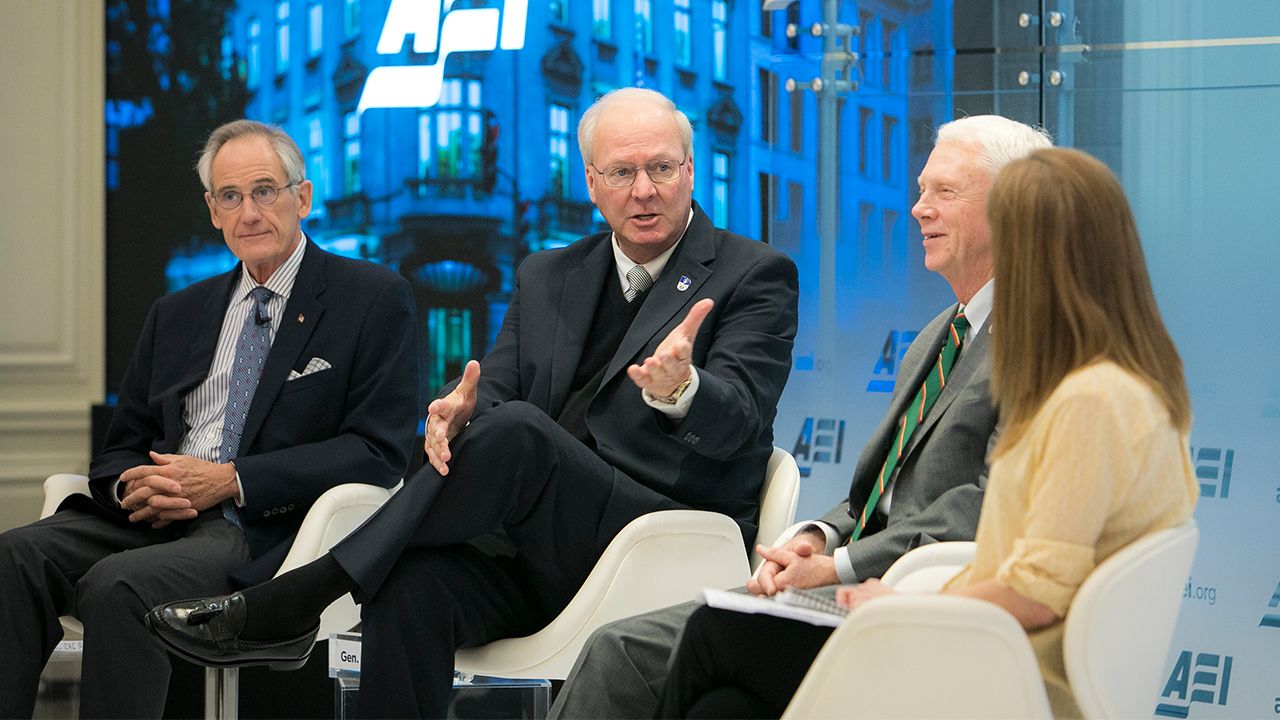 Three Mission: Readiness members participated in a panel discussion hosted by the American Enterprise Institute (AEI) on December 5 about how high-quality early childhood programs can help prepare more children for success in school and in life, including in the military for those who choose to serve.

The panel featured U.S. Representative Jack Bergman (R-MI), a retired U.S. Marine Corps Lieutenant General who is the highest-ranking military officer ever elected to Congress; Admiral (Ret.) Gregory G. “Grog” Johnson from Maine, who was the commander of U.S. Naval Forces, Europe; and General (Ret.) Craig R. McKinley from Florida, who was the 26th chief of the National Guard Bureau. The panel was moderated by Katharine B. Stevens, Ph.D., resident scholar at AEI, where she leads the early childhood program.

Listen to the podcast