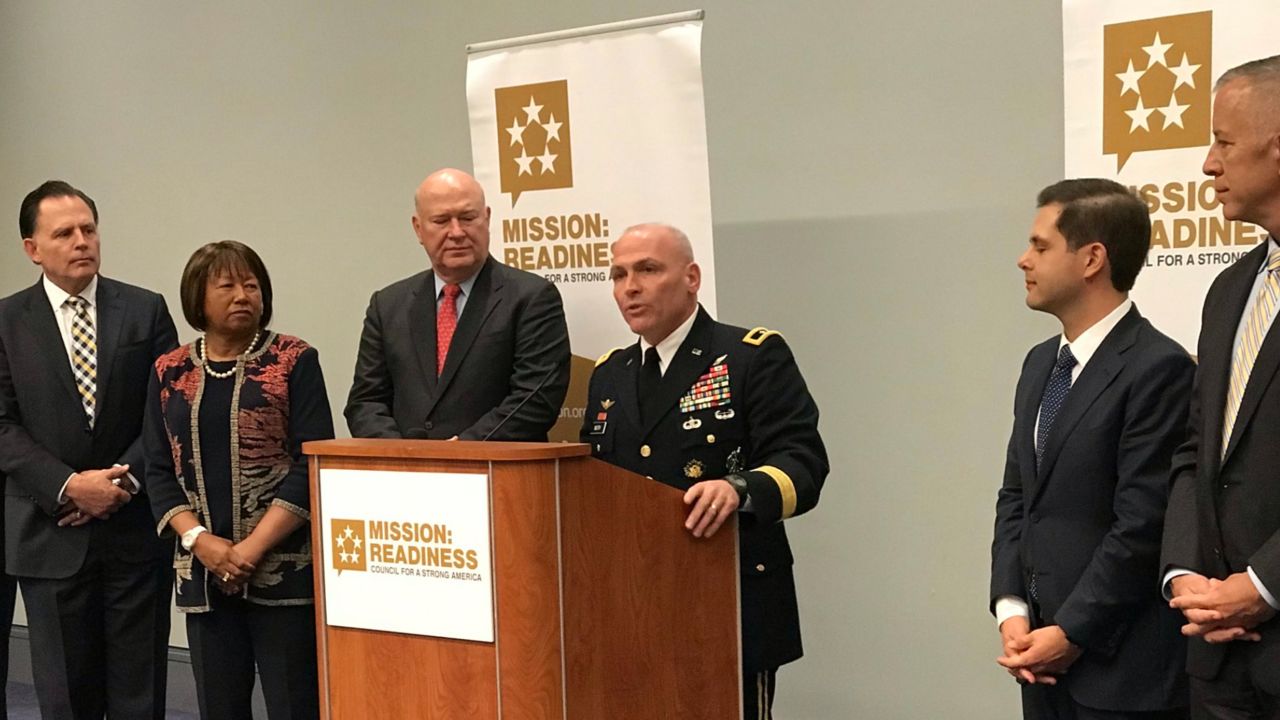 Retired generals and admirals released a new report from Mission: Readiness on October 10 titled Unhealthy and Unprepared, which shows how childhood obesity is perpetuating our military’s recruitment crisis and how our national security depends on encouraging healthy lifestyles from an early age. 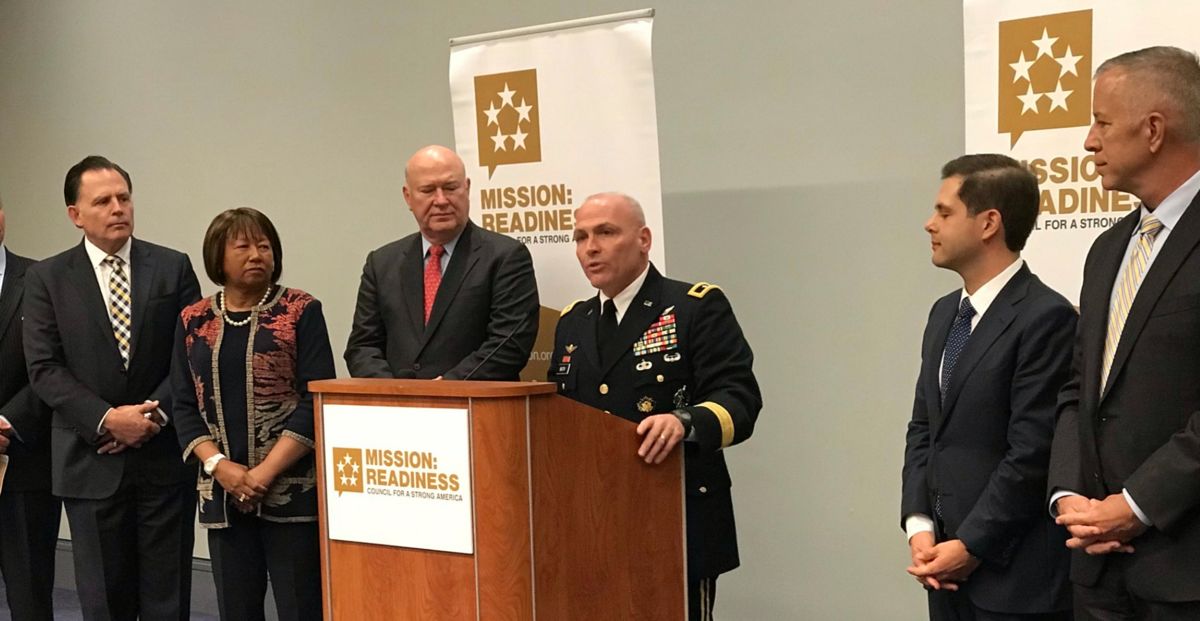 Major General Frank Muth, Commanding General of U.S. Army Recruiting Command, joined the retired military leaders of Mission: Readiness for the event, which was held at the Walter E. Washington Convention Center during the 2018 Association of the United States Army (AUSA) Annual Meeting and Exposition. 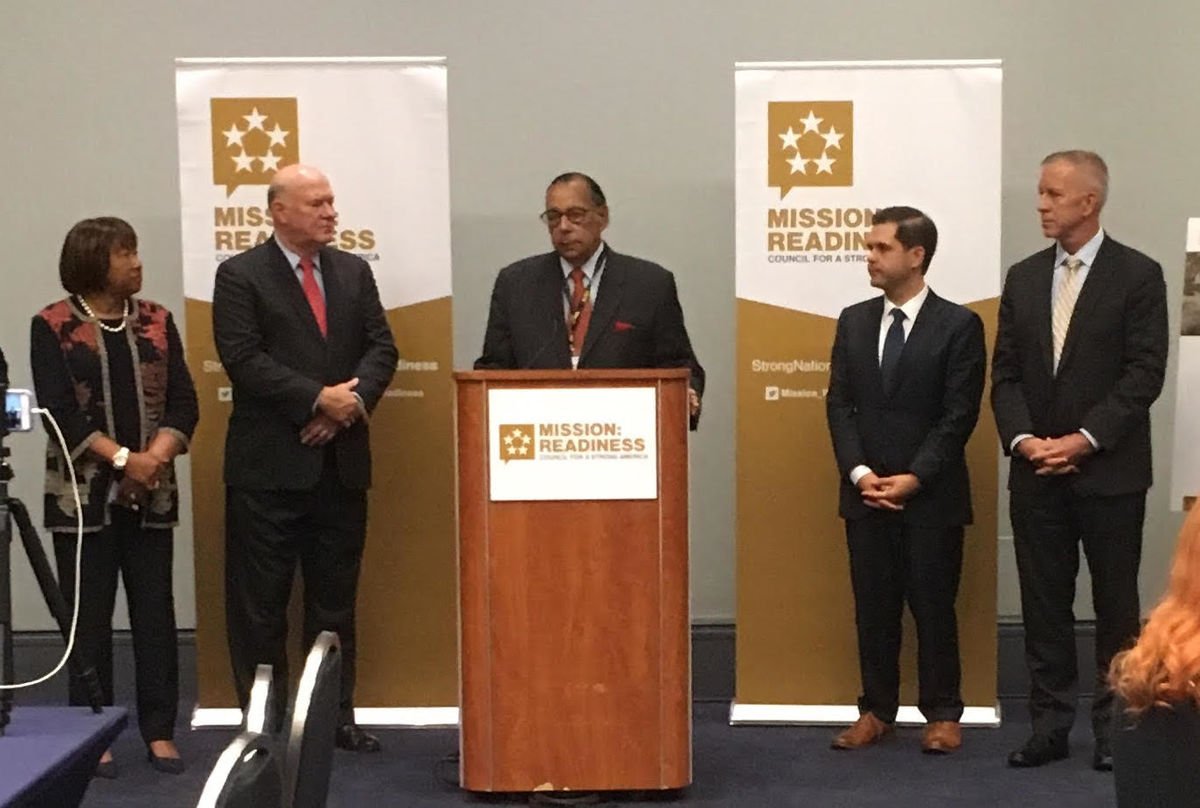 “For almost a decade, the retired generals and admirals of Mission: Readiness have been sounding the alarm that obesity is affecting our national security by limiting the pool of eligible recruits for military service,” said retired U.S. Army Lieutenant General Samuel Ebbesen. “Today, nearly one in three young Americans is too overweight to serve in the military. It is critical to our national security that those willing to serve are prepared to meet the standards for eligibility.”

According to the Department of Defense, obesity is one of the leading reasons why 71 percent of young people between the ages of 17 and 24 do not qualify for military service. In addition to being too overweight, other leading disqualifiers include being too poorly educated, and having a history of crime or drug use.

These ineligibility rates are a major reason why the Army, the military’s largest branch, was not on track to meet its annual recruitment goal. The Army announced last month that it will miss its 2018 recruitment goal by 6,500 soldiers.

As highlighted in the report, the military recognizes obesity as a threat to readiness and is taking steps to improve troops’ health. For example, the Army has implemented the Performance Triad, which provides guidelines for sleep, activity, and nutrition, and aims to improve soldier readiness and encourage healthy behaviors.

Other branches also have programs to help service members stay healthy, such as the Navy’s ShipShape program, and the Air Force Fitness Improvement Program. In addition, the military is working to provide healthier food in dining halls, focusing more on foods that can improve both physical and mental performance. 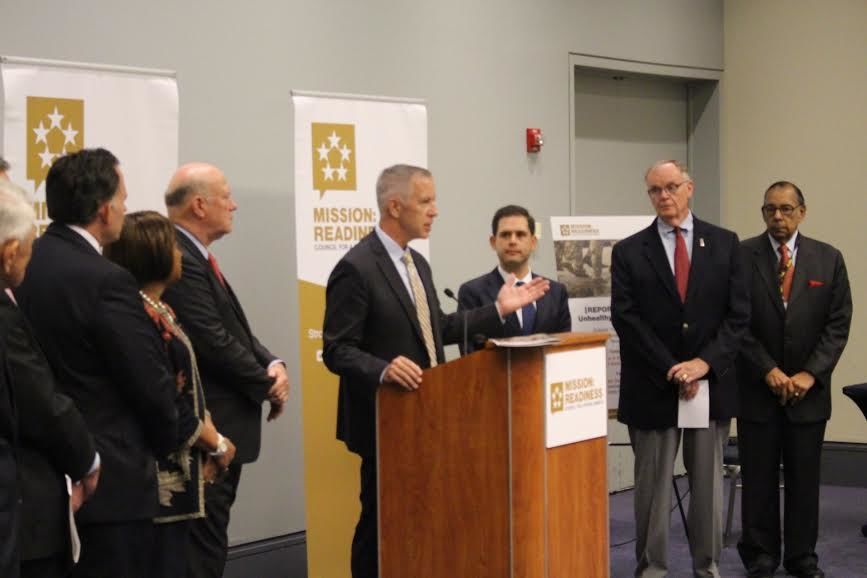 “We know that the military cannot solve this problem on its own,” said retired U.S. Army Lieutenant General Thomas Spoehr. “Children as young as two are experiencing rising obesity rates, and these rates increase with age. This demonstrates the need for obesity prevention beginning very early in life and continuing through high school and beyond.”

As the military works to help troops stay healthy, the new report shows that parents, educators, and policymakers can improve children’s health and help prevent obesity by encouraging healthy eating and physical activity.

Many younger children spend time each week in non-parental care, making early care and education settings such as preschools and child care essential venues for promoting nutrition and physical activity. On the state level, all 50 states and D.C. have regulations to ensure that early care and education settings serve healthy meals. On the federal level, the Child and Adult Care Food Program provides financial support to child care and other providers to serve nutritious meals and snacks to more than four million children each day.

School-aged children consume up to half of their daily calories while in school and away from their parents, making schools another important setting to promote healthy eating habits. The bipartisan Child Nutrition Reauthorization in 2010 led to healthier school meals that are now being served in over 90 percent of schools. Since the updated school nutrition standards were implemented, fruit and vegetable consumption by participating children has increased by 16 and 23 percent, respectively.

Providing young children with opportunities to be physically active can also help prevent obesity. One example is the “Active Early” program in Wisconsin, which worked with 20 early care centers to ensure children were physically active for 120 minutes each day. Another example comes from Tennessee, which recently passed the Tom Cronan Physical Education Act, requiring elementary schools across the state to provide at least 60 minutes of physical education weekly with a certified physical education teacher. 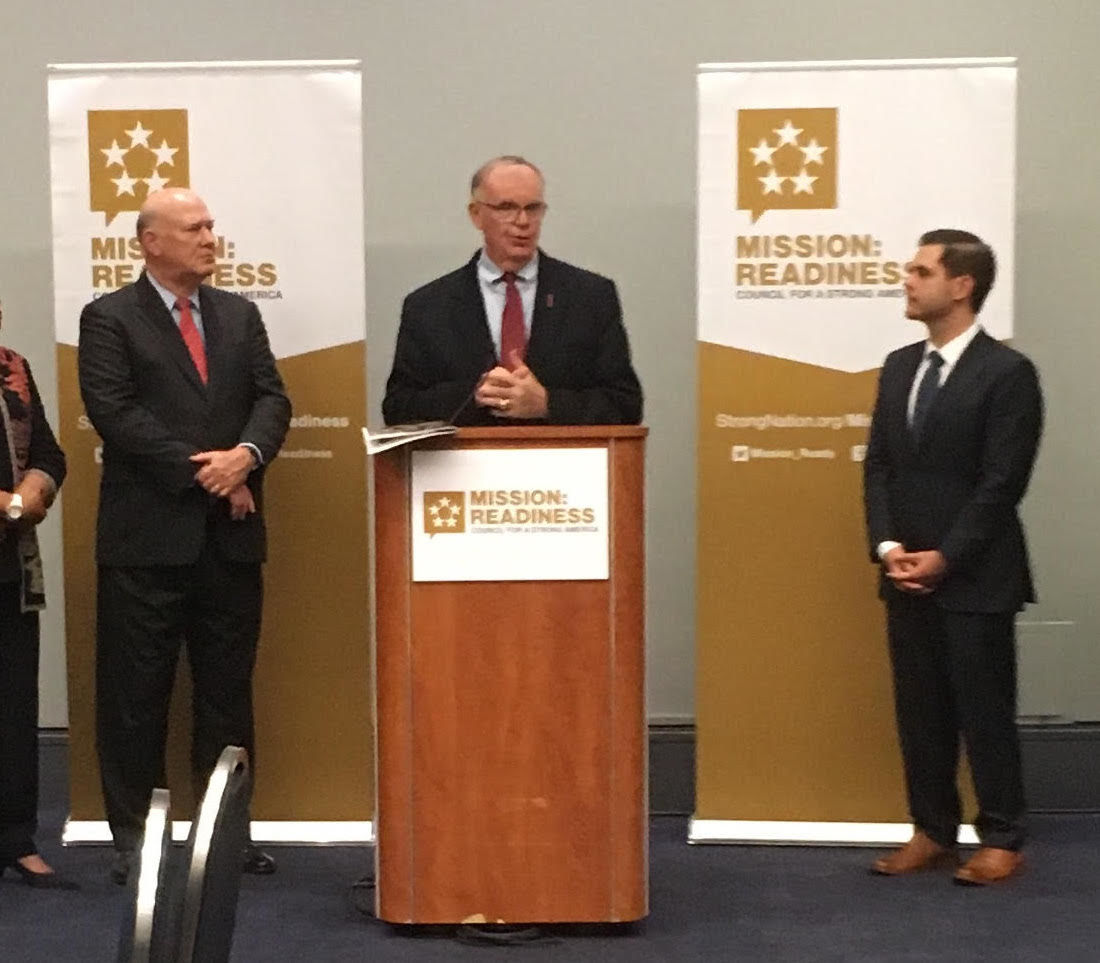 “Given the high percentage of young Americans who are too overweight to serve, the bottom line is that recruiting challenges will continue unless we encourage a healthy lifestyle beginning at a young age,” said retired Admiral James Loy, a former Commandant of the U.S. Coast Guard. “Parents and educators can teach healthy eating and exercise habits, while state and federal policymakers must continue to prioritize programs that promote nutrition and encourage physical activity from an early age.”