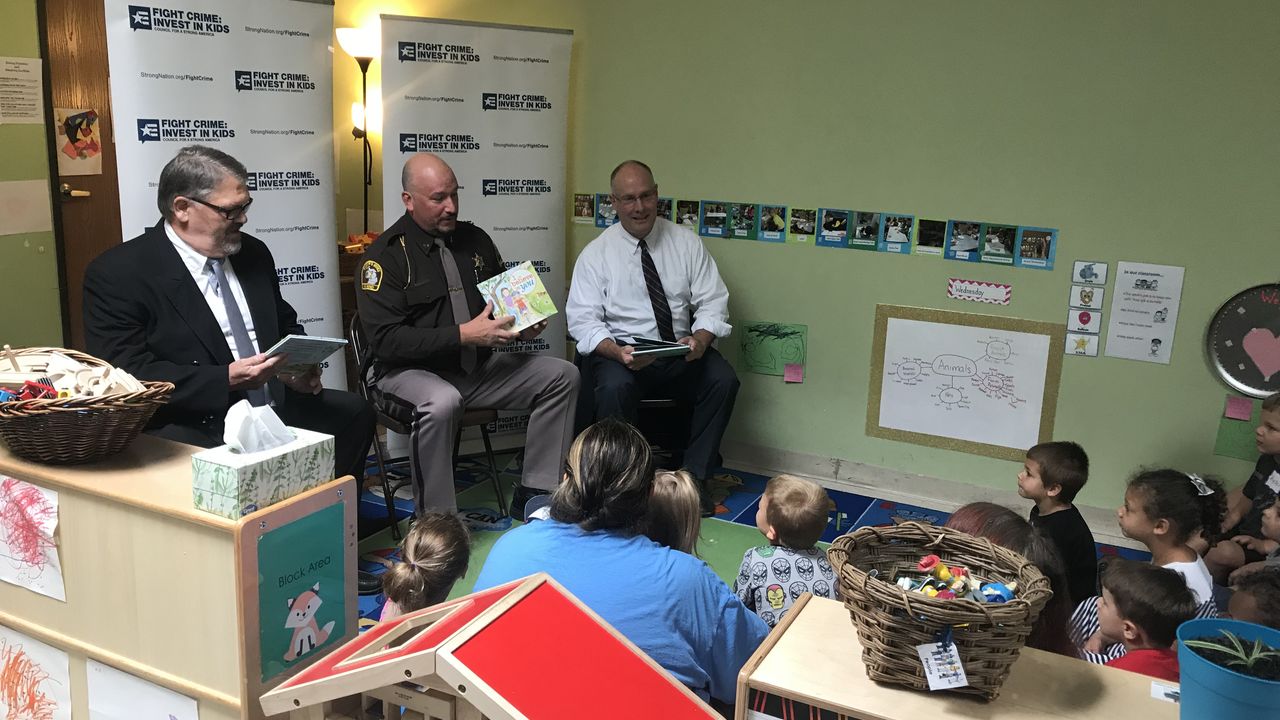 During 2019, law enforcement leaders spoke up in support of quality programs that help keep communities safer

This year, Fight Crime: Invest in Kids members from across the country have engaged in efforts to educate the public and key decision-makers on opportunities to make wise investments in youth. Intervening early in children’s development is one of the best crime prevention strategies we can pursue.

States Are Leading The Way For Kids

Over the past seven months, Fight Crime: Invest in Kids members have been contacting their state legislators urging them to support programs and policies that steer kids away from crime and towards productive lives. From home visiting programs that support young parents, to increasing opportunities for low-income families to access quality child care, to increased slots for high-quality preschool, to afterschool programing and interventions for young offenders, our members were a part of many historic wins for kids. Below are just some of those wins.

Intervening early is one of the best crime prevention strategies we can pursue.

Our Arizona members were part of the effort to ensure eligible families had access to quality child care by asking legislators to pass a bill to use allocated federal child care dollars - up to $112 million - for the next fiscal year. Members also urged the lawmakers to unfreeze the Kidcare program - the state’s health care program for low-income kids that do not qualify for Medicaid. This allows the program to continue to cover 35,000 children who may otherwise not have coverage.

In California, our members helped secure funding for 10,000 new full day preschool slots and funding for the 2020-21 fiscal year to maintain these slots. They also fought for $50 million for the After School Education and Safety (ASES) program.

Colorado members were part of the success in passing legislation intended to reduce the frequency of out-of-school suspensions and expulsions in preschool through second grade. This win comes after years of pushing to reform school discipline policies in the very early grades.

In Louisiana, our members signed letters to the governor and legislature asking for increased investment in early childhood education, citing the lack of access to the state’s child care subsidy program for low-income adults. In total, the legislature provided 1,450 additional child care slots and 800 more Pre-K seats.

In Maine, our members supported and won an additional $115 million in new state support for PreK-12 education; the addition of 62 child protection workers; $3 million in early intervention for children ages 0-5; a new fund to support parents, child care providers and teachers to learn new skills and strategies to help address challenging behaviors in young learners.

In Minnesota, our members met with legislators and ensured a recent law to expand voluntary home visiting services was funded in the budget. Legislators approved a $21 million increase.

New Jersey members have been strong advocates for increased funding of the state’s high-quality preschool program and successfully advocated for an additional $68 million in funding to expand preschool to additional districts, support existing preschool programs, and assist in wraparound services.

In New Mexico, our members continued to press for more investments in early childhood programs which led to a $43 million investment in home visiting programs, child care subsidies, pre-K and early interventions.

New York members were able to get a $15 million increase in prekindergarten funding as well as restoring $33 million in funding for the Advantage Afterschool program.

In Oregon, our members helped win the largest investment in education in 30 years! The legislature passed the Student Success Act that will raise about $2 billion in education funding per biennium (2 year budget cycle) with 20 percent going to early childhood education. The legislature also created a universally offered home visiting program for newborns and families that will augment the more intensive home visiting programs Fight Crime: Invest in Kids has supported .

In Washington, members supported an increase in rates (6 percent increase) for the state’s preschool program and an additional 1,171 slots as well as funding for early learning facilities. Our members also supported increases in home visiting funding and informed the establishment of additional supports for social workers who have experienced traumatic experiences at work.

In Wisconsin, our members were part of an effort that resulted in $3 million more for home visiting programs and $23 million increase in child care subsidies.

Throughout this year, members of Fight Crime: Invest in Kids have engaged in a campaign to secure increased investment in children and families through the fiscal year 2020 appropriations process. In May, our organization sent a letter to all members of Congress urging legislators to increase funding for evidence-based, anti-recidivism programs related to the recently reauthorized Juvenile Justice and Delinquency Prevention Act (JJDPA). Additionally, Lucas County (OH) Prosecuting Attorney Julia Bates traveled to Washington in June to meet with members from the Ohio delegation, including Rep. Marcy Kaptur (D-OH-09) and discuss appropriations.

Prior to leaving Washington for the August recess, the Senate passed the Bipartisan Budget Act of 2019 which sets top line spending dollars for the next two fiscal years. As the Senate moves forward setting spending priorities, we will ask Fight Crime: Invest in Kids members to engage federal policymakers to ensure funds are allocated towards evidence-based programs that will help at-risk children and families.