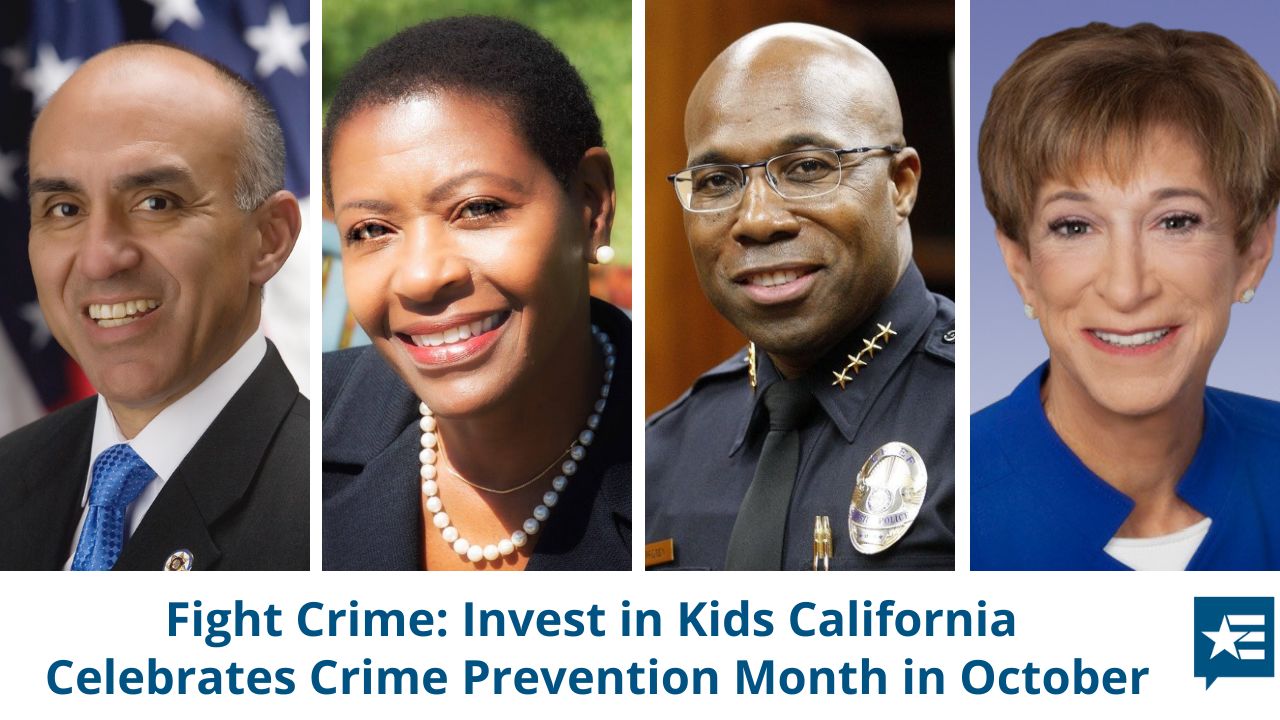 October is National Crime Prevention Month and we are celebrating by highlighting our Fight Crime: Invest in Kids California members who continually advocate for evidence-based strategies that invest in our children and help steer them away from crime.

Former DA Ramos is one example of the great work our members do. This year, our California Fight Crime: Invest in Kids members continued to speak up in support of increased investments in programs for children and youth, including high-quality child care and education, well-being initiatives, and afterschool programs through webinar report releases throughout the year. View their brief testimonies below!

As a new father, Chief Abdul Pridgen championed early care and education as we released a report on the economic impacts of lack of access to 0-3 child care. Pridgen is the Chief of Police for the San Leandro Police Department. Prior to being appointed San Leandro Police Chief, he led the Seaside Police Department for three years where he made procedural justice, transparency, and winning the community’s trust department priorities. Before serving in Seaside, Chief Pridgen honorably retired from the Fort Worth Police Department after almost twenty-six years of loyal service. Chief Pridgen was also a sailor in the armed forces, serving in Desert Storm. He was honorably discharged after his six-year active-duty commitment and retired from the U.S. Navy Reserve as a Chief Petty Officer.