Board Member, Council for a Strong America; Contec Inc., Founder and CEO 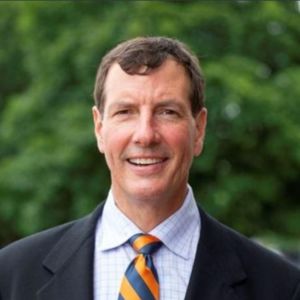 Jack received a BA from Duke University in 1978 and an MBA from the Wharton School at the University of Pennsylvania in 1980. He worked at Milliken for six years in various capacities before leaving and starting Contec in 1988 along with Jim Smith.

Contec is a manufacturer of wipes, pre-saturated wipes, disinfectants, and mopping systems used in cleanroom environments and in healthcare. Starting from zero, the company has seen sales growth in 30 of the 31 years it has been in business and has become the global leader in critical cleaning products for the pharmaceutical, biotech, and medical device industries. The company is also a leader in supplying critical cleaning products to the compounding pharmacy, the microelectronics industry and the US OEM automotive paint industry. Most recently, Contec has entered the professional cleaning market with a line of disposable microfiber cleaning products with an eye towards reducing healthcare acquired infections in hospitals. The company currently employs over 700 employees (500 in Spartanburg) with two manufacturing locations in Spartanburg SC, one in Suzhou China, and one in Ashington, UK. In all, Contec manufactures products on three different continents and has sales offices in 12 countries

In 1998 Jack received the Ernst & Young Entrepreneur of the Year Award for Upstate SC and in 2000 Jack received the Dr. Charles Townsend Award for Individual Achievement as part of the Innovation Technology Awards sponsored by Deloitte and Touche. In 2013 Jack received the Alan R. Willis Society of Service award recognizing individuals for unselfish community service and leadership that makes a difference. Also, that year, McBride was recognized as one of South Carolina’s Ambassadors for Economic Development by Gov. Nikki Haley. In 2019, Contec is being recognized by SC Biz News as one of the Roaring Twenties celebrating the twenty fastest-growing large companies in the state. In 2022, Jack was elected into the South Carolina Business Hall of Fame and recognized as an outstanding business leader.

Jack is active in the community in many ways and served for eight years as a trustee for the Mary Black Foundation, the last year as Chairman of the Board. He is also on the board of the Spartanburg Regional Healthcare Foundation, the board for the United Way of the Piedmont, and is a member of the taskforce for Economic Mobility in the south. In addition, Contec has received numerous awards for community service in Spartanburg community. Jack is married (Stacy) and they have four children; John (26), Harry (24), Sally (22), and Kate (21).