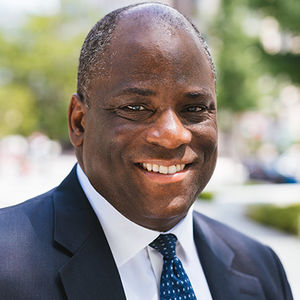 Barry Ford joined Council for a Strong America in 2015 and became its President and CEO in January 2019 after serving in an acting capacity since June 2018.

Prior to joining the staff of Council for a Strong America, Barry served as the Director of Public Affairs and Advocacy for the United States Tennis Association (USTA), where he led the Association’s efforts to build and deepen its relationships with public sector policymakers at every level of government, and to expand the availability of quality tennis programming and facilities throughout the country.

Barry’s past experience includes serving as Vice President for External Relations at The After-School Corporation (TASC), now an ExpandED Schools, working as a local lobbyist in New York City, being a two-time candidate for the U.S. House of Representatives, and an associate with the international law firm Cleary, Gottlieb, Steen & Hamilton.

He is co-chair of The National Collaborative for Infants and Toddlers Steering Committee, and a board member of the Afterschool Alliance. Barry is a graduate of Harvard College and Harvard Law School.

Barry can be reached via his Executive Assistant, Maria Garcia, at mgarcia@councilforastrongamerica.org.