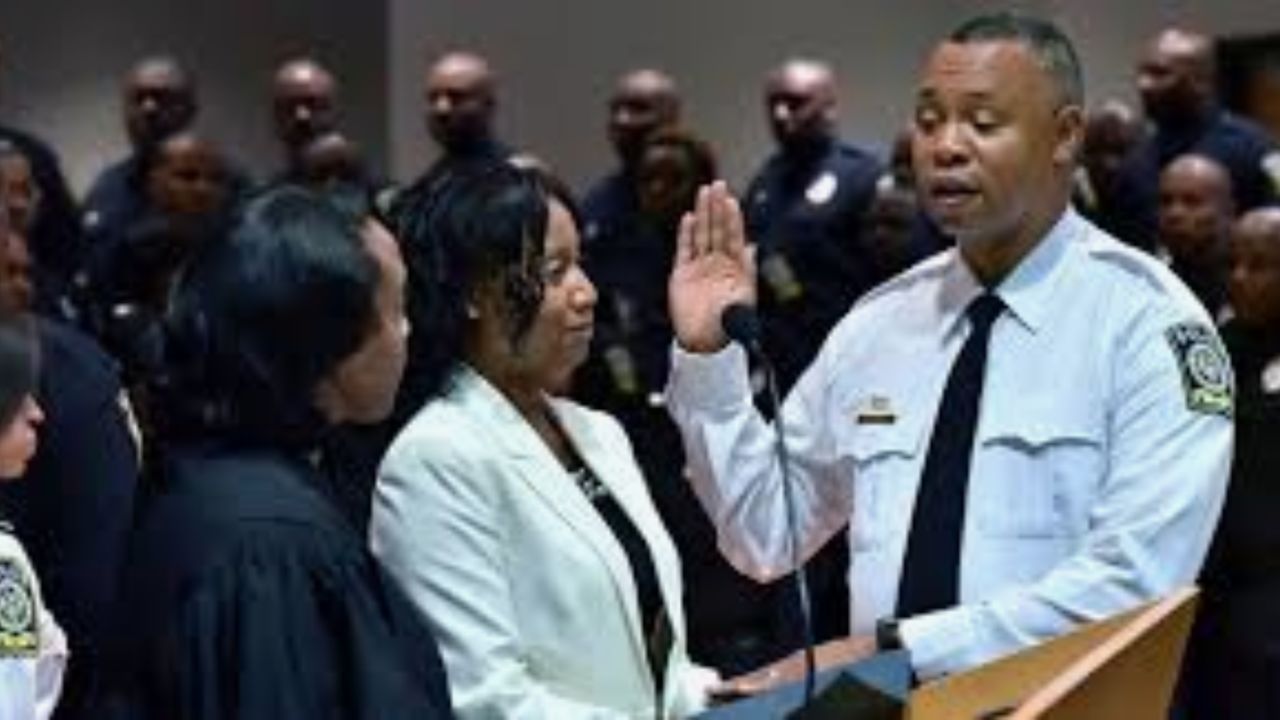 Chief Ronald Applin of the Atlanta Public Schools Police Department has been a dedicated public servant for more than three decades.

Chief Ronald Applin of the Atlanta Public Schools Police Department has served in law enforcement for 31 years in a variety of roles, taught at a high school for a year, is an adjunct professor at Reinhardt University, and has been a member of Fight Crime: Invest in Kids since 2018. He was a part of Junior ROTC in high school and went on to serve in the Marines after graduation. Throughout both of these experiences, he was attracted to leadership roles due to those he admired.

Two particular early memories helped to guide Chief Applin’s life decision to begin a career in law enforcement. First, he loved the TV show “S.W.A.T.” As a kid, young Ron and his friends even used to play “S.W.A.T.,” where he fondly remembers giving commands. The second memory is a less happy one.

One day, he was in the car with his parents on a drive to northern Georgia to visit his grandparents. While his father was driving, they got pulled over and had to follow the police to their station. Young Ron waited in the car while his father was in the station, but what he remembers most was his father walking out – bloodied and with a busted lip – and his mother’s scream when they saw him emerge from the building.

Chief Applin knows that law enforcement officers can have a positive impact on those they serve, but can also have a negative and lasting effect on those they serve, and that is why he is so committed to training. Law enforcement training historically has focused on knowing how to use the tools in one’s toolbelt, such as the gun, pepper spray, taser, and handcuffs. Chief Applin recalled stories about his trainings working at a regional police academy when he was younger and teaching these lessons. But now, he sees officers as needing to know how to use their mental tools as much as they know how to use the ones they wear as a part of their uniform.

At the beginning of the school year, Chief Applin had his entire department take part in implicit bias training. Working for a school district that is about 80 percent Black and/or Hispanic, it is critical that officers have the mental tools to rid themselves of their own biases and treat each student with the respect and understanding they need to succeed long-term. Unfortunately, unconscious bias can have an impact on how officers respond or react to individuals they encounter, which is why he thought this training was so important for the staff in his department. Chief Applin acknowledged that there are some kids who ultimately need to be arrested and brought into the justice system because they present a very real danger for themselves and others, but he also cautioned that we are sometimes too quick to lock kids up, and that incarceration can be damaging to their future prospects while ignoring what they have to offer to the world as adults. Due to his beliefs about this, Chief Applin was one of the nearly 1,300 law enforcement leaders who signed on in support of Fight Crime’s national sign-on letter urging Congress to fully fund the evidence-based programs supported by the Juvenile Justice and Delinquency Prevention Act.

With the school year underway, it is clear that Chief Applin and his department must be flexible as Atlanta Public Schools remain closed for at least the first nine weeks of the semester. They are busy identifying folks who are “Zoom bombing” classroom sessions, checking in on students who do not report to virtual classes to make sure they are all right, and ensuring the safety of the schools that are still closed to the public. Additionally, they are getting food to kids in need in order to make sure these students are fed throughout the day. All of these touch points are critical to ensure that children and youth feel cared for, especially during these uniquely isolating times. He emphasized the need for frequent touches, as it takes multiple interactions to really change the way someone operates and thinks.

Building relationships is critical and something Chief Applin encourages his officers to do. In Atlanta Public Schools, a fair number of students are economically disadvantaged. Each year, to help create these relationships, particularly with those most in need, his department operates a coat drive, a bicycle rodeo, shop with a cop, and more. These activities have led to mentorship between officers and youth that develop special bonds, which can have a tremendously positive impact.

Chief Applin has developed relationships with a number of kids and young adults during his time in law enforcement and as an educator. He takes great pride in the impact he has had on many of his students from the stories and lessons he shared during class. Last year, he ran across one of his former students from the high school at which he taught. The student wanted to let him know that he graduated from college, thanks in part to the impact Chief Applin had had on his life. Chief Applin recalled how rewarding it was to make that kind of difference. For the remainder of his career, he will undoubtedly continue to impact kids positively and lead his fellow officers to do the same. 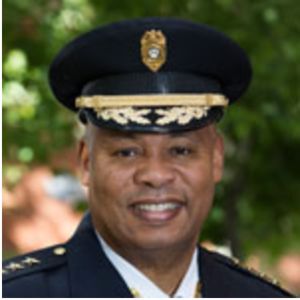