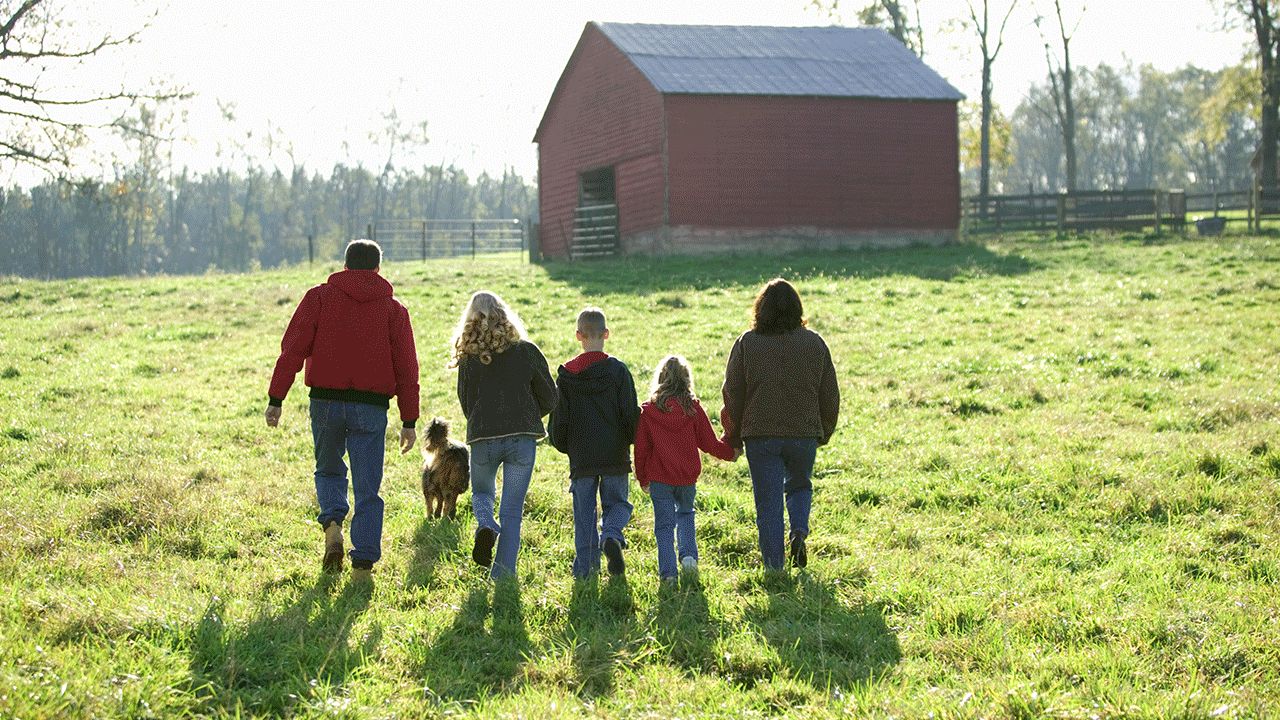 Federal support for voluntary home visiting, a small program with outsized impacts on young adults’ productivity, is at risk

Congress has an important decision to make in 2017 that will impact young adults’ abilities to lead healthy, productive, and crime-free lives. That decision is whether to reauthorize the Maternal, Infant, and Early Childhood Home Visiting (MIECHV) program.

For nearly 150,000 parents and children nationwide, federally-funded voluntary home-visiting programs are a vital support.[5] This service enables parents to get time-limited coaching from a trained nurse or paraprofessional on how to give their children a safe and healthy start in life.

Reaching at-risk parents (often single, teen moms) during a critical time for behavior change, the MIECHV program packs a big punch: In communities around the nation, evidence-based home-visiting programs are increasing the number of young adults who find jobs and steer clear of crime.

Just as a stable childhood contributes to better health in young adulthood, disruption in early childhood can lead to a host of negative outcomes. The experience of serious emotional and physical trauma is much more common than one might imagine: 23% of American children have experienced at least two traumatic events, which range from abuse or neglect, to parental divorce, to witnessing violence or drug abuse.[6] 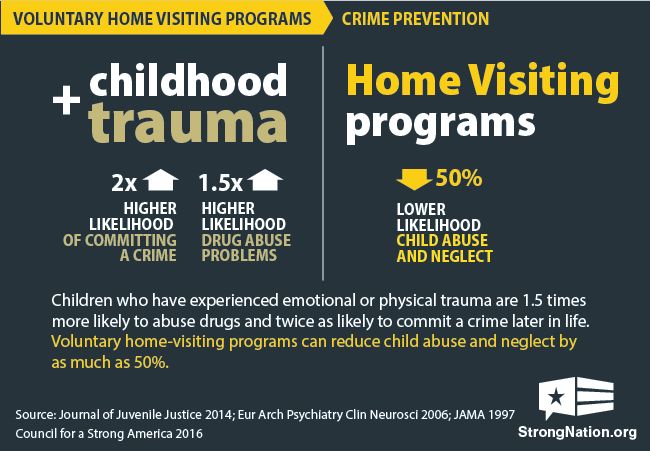 For these kids, trauma often leads to devastating consequences that emerge well into their adult lives.[7] For example, research shows that children who have experienced two or more traumatic events are 85% more likely to develop a mental health problem as adults and 1.5 times more likely to abuse drugs or commit a violent crime.[8]

Voluntary home-visiting programs target families that are at-risk for traumatic experiences such as parental drug abuse or child neglect. They help prevent problems by giving parents simple strategies and guidance on how to provide a supportive and nurturing environment for children while managing the natural stress of parenting. For example, a home visitor might encourage a young mother to quit smoking during pregnancy, or teach her how to create a safe home environment.[9]

There is a biblical basis for helping at-risk moms and dads become better parents.

The HFA and NFP home-visiting programs have also been proven to reduce trauma. For example, a rigorous study of HFA and NFP in Ohio found 60% reductions in infant mortality rates among participating families.[11] Another long-term study of NFP showed that the program cut verified incidents of child abuse and neglect in half.[12]

Meanwhile, the Healthy Families America program improved success in school, increasing the number of children who were developmentally on-track by 17% and reducing special education by 27%.[14] Later on in life, participants of another early learning program that included home visits were 42% more likely to be employed.[15]

3. Voluntary home-visiting programs can cut young adults’ crime by more than half

There are two ways voluntary home visiting programs reduce crime. First, home-visiting programs can prevent crime in the short-term, by reducing child abuse and neglect among young parents—some of which rises to the level of criminal behavior.

Home-visiting programs also impact crime among the next generation of young adults. The Nurse-Family Partnership reduced future arrests, convictions, and jail time among participating children. Studies found that, by age 20, children who participated in NFP as infants were 43% less likely to have been arrested and 58% less likely to have been convicted of a crime.[16]

After four decades in law enforcement, I know we all are better off if we can prevent crime in the first place.

Bipartisan and evidence-based, the MIECHV program is a model in policymaking

In many ways, the Maternal, Infant, and Early Childhood Home Visiting (MIECHV) program is an example of how federal policymaking should work: with both parties working together to support a program that’s been tried and tested in most states, and prioritizes evidence-based programs.[17]

In 2004, Republican Senators Kit Bond and Jim Talent of Missouri (the home of a popular home-visiting model, Parents as Teachers) were the first to champion home visiting at the federal level, through the Education Begins At Home Act.[18]

While that bill never became law, over the next five years, home visiting saw more and more success in the states—even demonstrating effectiveness in preventing tragic, expensive problems such as child abuse and neglect.[19] By 2010, 46 states were investing a total of more than $500 million in home visiting.[20]

Federal lawmakers took notice. President George W. Bush and Congress created a very small federal pilot program for home visiting in 2008. With the backing of law enforcement leaders and advocates from across the nation, Congress expanded that support in 2010, creating the Maternal, Infant, and Early Childhood Home Visiting (MIECHV) program and providing states with $1.5 billion for high-quality home visiting over five years.[21]

One of the conditions of the legislation: 75% of MIECHV funding goes to evidence-based home-visiting models, and programs must report consistent progress to retain resources.[22]

WHAT LAWMAKERS CAN DO

Congress should reauthorize the MIECHV program in 2017

Today, the Maternal, Infant, and Early Childhood Home Visiting (MIECHV) program retains bipartisan support, including from the current and former Speakers of the House as well as the President.

Yet reauthorization of MIECHV is a question waiting to be answered in 2017. Temporary extensions allowed the program to continue this year, but resources are quickly depleting. Without Congressional action in 2017, 150,000 at-risk parents and children could lose critical services.[23]

There are even more families who would benefit from a reauthorization with stronger resources. Despite its growth, MIECHV only reaches a fraction of families who could benefit from its services.[24] Analyses from states such as California, Washington and Pennsylvania show that programs are reaching less than 20% of high-risk families with a child under the age of two.[25]

These are the outcomes that ride on Congress’ decision to reauthorize the MIECHV program in 2017.

Without action, the country will lose a model in evidence-based policymaking and a program that’s boosting citizen-readiness on multiple fronts.